And So The Little Things Commence 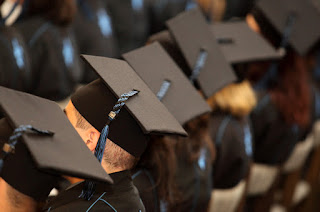 My son had his final chorus concert of the year yesterday. He's had a wonderful time in his first year of High School chorus, and he's really bloomed as a singer. He may never be a headliner, but he's learned to listen and to blend, sing with an orchestra, and learn to sight-read. I am fiercely proud of him.

Anna couldn't come to the concert due to her company picnic at her job, which ended up being a very good thing because I walked in the doors at the high school and was immediately greeted by a foyer wall covered in senior pictures. Some featured the names of the grads, and some had their names plus the colleges and tech schools they had declared for.

I found Anna's picture, featuring her university name and her planned major of physics.  As always, she takes a beautiful picture. It all sort of slammed into me at once. How far she's come. The life she's had to slog through, and climb over to reach this point.

Yeah, I spent the first half of my son's chorus concert sobbing quietly in a row near the back so I wouldn't disturb anyone else.

Crippled In One Hand, Can't Use The Other 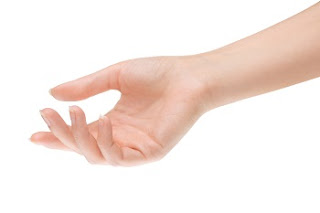 Sorry for all the radio silence, but I've got a perfect storm of agony going on right now. What started as a crick in my neck over a week ago is now a pinched nerve in my neck that sends blinding pain into my shoulder and down my arm. My GOOD arm. And in case that's not enough, I'm developing carpal tunnel in my good hand/wrist due to all the repetetive overuse, so the hand and wrist ache unbearably.

The icing on the crap cake? I've got a case of trigger finger on my middle finger (again, this is the good hand) and my finger is now curling up and locking in place. So I'm not living my best life right now. I'm in so much pain I can't sleep or get comfortable in any position even with a heating pad and loads of muscle relaxers. The chiropractor can't see me until tomorrow, and the hand surgeon can't even look at me until the end of the month.

I really, really need a massage therapist, but of course, insurance won't cover that and I can't afford one on my own since the car broke last week to the tune of  $675 that I really don't have.

Gotta chill until the pain cyclone blows by. Until then, I'll be sitting here gritting my teeth instead of posting for a while.