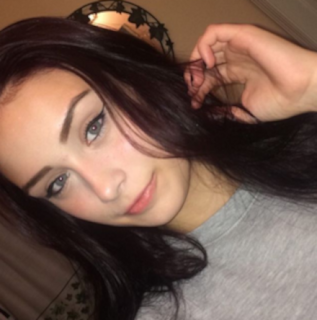 You're 18 today! You survived to adulthood!

That's it - I'm outta here. The Mom job is done. All those months of planning before you were born, all those years of scheduling and envisioning and carefully (or ham-handedly) guiding you through the childhood I carefully cultivated and into the brightly lit future I had all graphed out for you - done. Finito.

All those months of planning before you were born? Shot to hell. An unexpected family crisis cast a dark pall over the gaily held baby showers. It sucked the life and energy out of me decorating a nursery and ended with me tossing together a hastily bought bag of Winnie the Pooh bedding and curtains I purchased off eBay. I don't even like Winnie the Pooh (and you never did either).

Your emergency C-section utterly destroyed my carefully envisioned birthing plan. Still reeling from all of that, I laid in my hospital bed, staring down at you after one of those first feedings, heartsick from it all, exhausted and sore and still shaky from the reaction I had to the morphine they gave me after they yanked you through an open wound into the bright light of existence. I stared down at you and you looked up at me and I knew. I knew. We were going to be okay, the two of us. We had each other now. We'd figure it all out.

And so we did.

I bought princess gowns. You wanted to be Batman in high-top converse. I thought I might get a musical theatre chip off the old block. You filled your head with math and physics and chemistry. I gave you books. You read Buzzfeed articles. I waited for your first serious boyfriend to break your heart. It ended up being a girlfriend instead. You spent your seventeenth birthday driving me back from the airport, after having to spend a month taking care of your brother while I laid in a hospital bed a thousand miles away. Definitely not what I'd planned.

Your idyllic suburban uneventful childhood was upended by a special-needs sibling who demanded the lion's share of my attention, an ugly divorce that seemed for you to have come with no warning, years of shoestring budget finances that meant there were no Disney vacations, no weeks of back-to-school shopping every year, no Christmases with designer names from me.

But we had fun anyway.

There were picnics and living room campouts on the weekends. There were sled tracks dug into the snow of the sloping front yard. There were crowded rooms left wrecked by the mess of ours being "the Mom house" for you and all your friends. There was candy smuggled into movie theaters, tent camping at a campground twenty minutes from home, and the unmitigated joy of a pop-up pool in the backyard every summer.

As you grew, there were late-night conversations over scrambled eggs as we both indulged our inner insomniacs. There were endless text conversations over politics or religion or closed-minded people. There were Netflix marathons of The Office or the Great British Baking Show. There were girlfriends and boyfriends - your, not mine - and friendships that waxed and waned. We laughed and cried and screamed at each other and descended at times into awful, stony silence.

We, as always, have each other.

Eighteen years and counting. You made it, in spite of all my plans gone awry. You are utterly and unapologetically who you are, and will continue to evolve into who you're meant to be.

Me? I'll be here, in life or in spirit, right behind you as you just keep walking on.

I love you, my girl.

Email ThisBlogThis!Share to TwitterShare to FacebookShare to Pinterest
Labels: Anna