And We Would Have Missed It All If We Were Rich 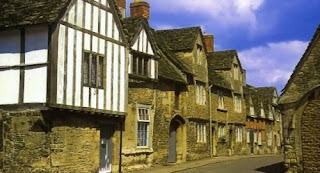 Two years ago, I gave my daughter a memorable sixteenth birthday. The December before, I had won the biggest door prize my company Christmas party had to offer: a $1,000 gift certificate to our corporate travel agency. With that and a pretty decent tax refund, I booked a trip for the two of us to London.

Neither of us had ever been, and while I had a decent tax refund, the amount I had left over to throw at this trip as spending money was more than a little modest after I finish paying all my accumulated bills.

We weren't exactly living a life of luxury those five days. The only extravagance on the menu was a coach tour I booked for our final day there. We had both wanted to see Stonehenge, but after reading all the reviews I knew that the standard tour was likely going to disappoint us. There's a perimeter path about a hundred yards away, circling the stones. You arrive on a bus, park in the parking lot next to several dozen other buses, and all of you walk that perimeter path. That's as close as you can get to the stones.


So I invested the extra money (it was a lot of extra money) and selected the special tour, conducted only at sunrise or sunset. One bus, a hard limit of 52 people, and they allow you to actually walk among the stones with the caveat that you are not permitted to touch them. You also have a wonderful moment where they pull everyone out of the stones and you're allowed to take pictures without a thousand other tourists in the background, seeing the henge kissed by the light of an emerging or waning sun.

Along with Stonehenge the tour also included a stop in the village of Bath to visit the historic Roman baths, and a visit to the village of Lacock, which dates back to at least 1086 (it’s mentioned in The Domesday Book) and a site that's been used for the filming of many period-style movies and shows, like Pride and Prejudice, Downton Abbey, and even some of the Harry Potter movies due to its historically preserved appearance.

So our days in London were spent just wandering free, eating a lot of street food, and figuring out where we wanted to go that particular day. This is my preferred method of travel - a couple of interesting tourist type things and the rest of the day unstructured - and Anna fell right into it. We wandered through shopping districts, headed to museums (most of them free), took an inexpensive cruise up the River Thames with a modest afternoon tea that suited us just fine. We ate mostly street food a lot and loved it, and even stopped at the local McDonald's a couple of times since it was a block down from our hotel.

Even with our scaled back itineraries, we found our bank account on fumes by that final day. That wasn't entirely because of a lack of planning - the ex was supposed to have the monthly child support payment in my bank account two days before our vacation was over, giving me a little extra cushion if we needed it. He paid me a few days late that month, so we literally had twelve pounds to our name on that final day.

Luckily, I‘d had the foresight to visit a local bakery for breakfast pastries to last the entire week, and we'd hit up a few local stores for some snack items. I also always travel with granola bars and protein bars, just in case. So my plan was to use that last of the money for Anna to eat on at whatever street vendor we could find, and I’d eat the energy bars. We both stuffed ourselves with breakfast pastries before we headed out.

It worked out just fine. Luckily, there was a Pret store in Bath (Pret, for those of you not in Europe or in the handful of locations on the east coast of the US  where they exist, is like a little convenience market with fresh baked goods, delicious soups and wonderful artisan sandwiches all packed and ready to go). Anna got a sandwich and some soup and we even had enough left over for me to have soup and an accompanying bread roll as well.

So we carried our dinners with us onto the bus, where we joined all the other people on the tour, who had, of course, booked the optional dinner in the village of Lacock. There was a pub which was actually a lovely fine dining establishment and pretty much the only option for food that day as it was Easter Sunday. The entrees range from about 25 pounds and up,  far more than we'd spent on any meal while we were there, and certainly more than we had in our pocket anyway.

We rolled into the village and everyone headed into the pub. Anna and I grabbed our soups and sandwich and started strolling the streets of this quaint and lovely little town. Winding down the cobblestones, trailing our fingers along the stone walls, we came to a gorgeous spot on the meandering branch of the Avon river that wound its way through the town. We sat on the low stone wall on this beautiful late spring afternoon with all of this beauty around us and ate our delicious feast. 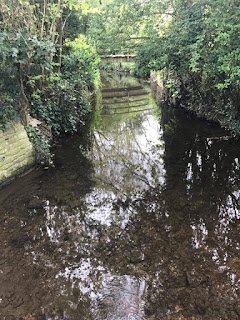 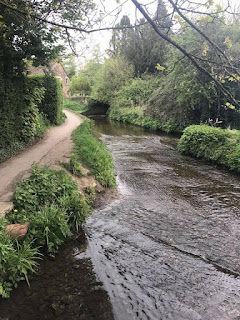 Then we got up and roamed, wondering aloud about the history of each and every little thing, Googling some things on our phones to get more background on them. We found our way into the local church and then sat quietly, talking in hushed tones in its somber, yet beautiful little cemetery. We only had about an hour and a half to spend in Lacock and Anna and I spent every single moment of it in wonder. It was quite honestly magical. 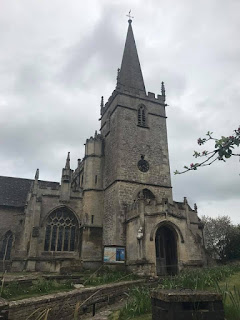 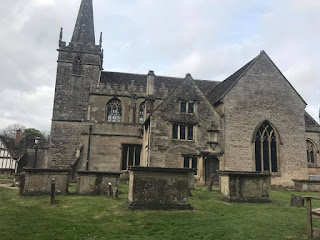 When I finally checked the time and realized we needed to be heading back to the bus,  we made our way up the main street of town just as everyone else was coming out of the pub - having just finished their fancy dinner. They had less than ten minutes before the bus was departing, and only saw a few of the shops that were open on the main street.

And if Anna and I had been flush with cash we would have done the same, most likely. We both agreed that we ended up with the better tour of the town. Two years later we still talk about it with wonder in our voices. The sunset tour of Stonehenge was the absolute pinnacle of what had already been a perfect day. 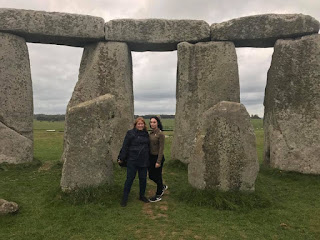 It was incredibly expensive, that tour, and incredibly worth it. But so was a cheap meal on a stone wall.

It all goes to show you it's sometimes it's worth spending the extra money, but in other cases, it's worth saving your money and spending time instead.

Our lives have had a lot of those frugal choices since the ex left, and while I've occasionally regretted spending the money on something, I've never regretted spending the time. Or indulging the wonder. Tent camping and wilderness hikes over trips to Disneyworld. Picnics at a park that shows free movies in the summer over day trips to expensive venues. Spontaneous beach days for the cost of a tank of gas and the understanding that pizza is all we can afford. Bike rides and backyard campouts with giggling best friends in tow. All of it so very, very worth it.

Memories are priceless, and grow more so over the passage of time.