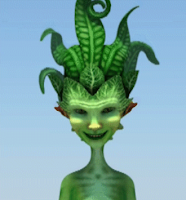 Results of a study From the University of Wisconsin reveal for the first time that in as few as two weeks, kids who played a video game designed to train empathy showed greater connectivity in brain networks related to empathy and change in perspective.

Led by Tammi Kral, a UW–Madison graduate student in psychology at the Center for Healthy Minds, developed the video game Crystals of Kador. The game featues scenarios with aliens who have detailed human-like features that express anger, fear, happiness, surprise, disgust and sadness.

You can read the full study here. Results look promising, and with most kids logging 70 minutes of game time on average daily, this could be an excellent tool toencourage empathy in children, and especially useful for kids on the autism spectrum as they often struggle to understand facial expressions.