I Sweat Cinnamon And See Neon Words In The Sky (But I Can Explain, Really . . .) 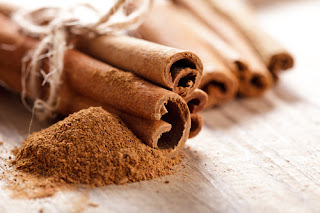 Okay that sounds bizarre and that's only because it is. Ever since I came back from the hospital life has changed in a multitude of ways.

It begins every morning with pure frustration as I try to dress mostly one-handed. Ever try to pull up pants with only one hand? Give it a whirl sometime, I guarantee you'll be breaking out all sorts of curse words. Then try curling or straightening your hair with a scalding hot curling or straightening iron - but again only one hand! I think by the time I head out the door to go to work I've cursed enough to fill most people's yearly quota.


But of course, I need to watch my stress level. The doctors were very clear about that. Unfortunately, I really don't have a way to stop being a single working mom with two jobs, two kids (one of them special needs), and now I get to do all that while recovering from a stroke. So relaxing, you know.

But I digress and I'm need to be explaining about my title. You see, I did a lot of research both on my own and via various online communities for stroke recovery. So, along with the cup full of post-stroke medications that I need to keep me from hopefully not dying anytime soon, I added a few things:


Cinnamon has been clinically shown in numerous studies to lower your blood sugar. Mine is not in the danger range (I really expected that to go badly when they did my blood work) but I am on the low range of 'you'd better keep an eye on it'. After what I've been through I'm not taking a chance with anything anymore. I've cut back a lot on a lot of the stuff I used to eat that was bad for me, but my sweet tooth refuses to go away. I will say I have reduced my sugar intake substantially but just in case that isn't enough, I take 500 mg of cinnamon in capsule form every morning.

That's a lot of cinnamon! And the end result is that I literally sweat it out through the day. I have a lovely waft of cinnamon about me everywhere I go. well, I always wanted to be a Spice Girl…

And as to the neon words - that's a little funky or to explain. I've been having hallucinations, something that has never happened to me before in my life. What can I say? I was a boring teen and young adult who didn't really get into the whole "let's screw up the brain chemistry with pharmaceuticals" phase. But now I'm on a lot of muscle relaxers - two different types and in moderately strong doses especially at bedtime. It doesn't happen often - only a couple of times a month maybe, and always just as I'm trying to fall asleep when I'm in that in-between sort of phase.

One night I saw words being spelled out on the wall in neon letters. Random words. Not some kind of existential or alien message, just words. It's kind of fascinating. Another night I saw people running across in front of me as if they were running from Godzilla or something. Dozens of people running and looking back over their shoulder in terror, screaming and falling down and getting back up again. Never saw what was chasing them.

I spoke with my neurologist about this of course. This is just one of those crazy strokercoaster things. My brain is trying to re-knit pathways and there's some residual effect that the muscle relaxers probably augment particularly when I'm very tired at the end of the day. I do realize that I am hallucinating at the time that it happens. I am easily able to distinguish this from reality and I do not feel afraid or threatened by any of it. And it never happens when I am fully awake and going about my day.

The only reason I know that these are not full-on dreams is that my kids have walked in and seen me sitting straight up and talking through them. Mostly I say "Wow, this is some trippy sh--!" It's kind of like built in movie theater.

My Life. Always an adventure. I now return you to your regularly scheduled programming.
By Ellie DeLano - September 25, 2018