Small Town Teens, Abstinence And Birth Control - It's Not As Easy As You Think 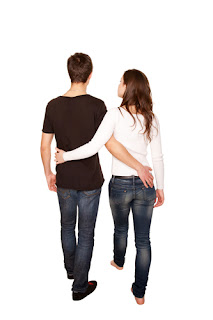 I was mostly raised in a small town, out in the middle of bible belt, and spent my teen years in a high school where I knew everybody, and their family knew my family, and our families went to the same or rival Southern Baptist Churches - most of us, anyway.

I wasn't sexually active in high school at all - I lost my virginity five weeks into my freshman year of college, but that's not because I lost Jesus or turned my back on Christianity or decided to experiment now that I was away from my parent's protective watch.

The truth is, I had never planned to keep my virginity until marriage, even though I was a very devout christian girl. I went to church 5-6 times a week, sang in the choir, and was a teacher's aide during Vacation Bible School. I knew that God told us to wait until we were married.

But I also knew that people in the bible married in their pre-teens to early teens. And to someone chosen by their father. Or to the man who raped them, to save her family's honor. No one back then was allowed to feel passion, to learn their bodies or anyone else's before they were cemented in for life. No one was free to discover what they liked before they were told to submit to someone else's more important desires.

Love can soothe a lot of woes and smooth over a lot of issues, but it can't fix everything. What if he's a once-a-week-under-a-sheet-with-the-lights-out guy and you're Ms. Experimental? What if he wants it three times a day every day no matter how you're feeling? What if he can't feel turned on unless you do the things that turn you off? Sex isn't the only thing in a marriage, but it's a big thing. I knew that then, and I wasn't willing to take a chance on it.

So I held onto my virginity, not out of religious conviction, but because I didn't meet a single guy in high school that I felt was worth having sex with. Either the relationship didn't last long enough for me to get to that point (that was most of them) or they came at me like a slobbering dog, making it clear that they weren't in the relationship for me, they were in it for "it." That attitude was turn-off then, and it's still a turn-off now.

But let's say I did find Mr. FirstSex in high school. Being responsible would have come at a cost, and that's why abstinence-only education and a lack of birth control resources at hand make babies happen. If I'd decided I wanted to have sex and I wanted to be responsible about it and buy condoms at the local drugstore, I'd have to do it under the watchful eyes of the pharmacist and counter clerks who probably knew my parents, or knew someone I went to school with. And in small towns, people talk. A lot. Word would get around school or back to my mom and that would not be great.

Get on the pill? Right. I needed my mom to make a doctor's appointment, and the doctor knew my parents. Free clinic? I heard there might have been one in a neighboring town, but this was the southwest, there were no buses, and that neighboring town was 90 minutes away by car. And I didn't have a car.

Odds are that if I found Mr. FirstSex in high school, I'd be counting on him to have a condom. And if he didn't, who knows? In the middle of a hormone rush, I probably would have taken my chances. And when I turned up pregnant, my mother's church friends would cluck their tongues and tell me I needed more religion in my life, instead of practical sexual education and resources. They would consider the derailing of my life with a teen pregnancy to be the penance I would pay.

And then they'd vote people into office who'd expect me to keep paying, through a non-livable working wage, lack of reasonable and decent healthcare, and lack of subsidized child care, which would be critical to anyone trying to take on additional skills training or education to better themselves and their job prospects.

Sex happens. It's happened since time began. It happens to good kids and it happens to bad kids. And it's high time we realized that it's not going away - biology has made it an imperative for a reason. In this day and age, it can go hand in hand with a healthy transition to adulthood for anyone who wants to have it responsibly.