My 10 Favorite TV Couples - Who Are Yours?

I don't get to watch as much TV as I used to because . . .kids, but I have caught some here and there across the years and I've developed a good list of favorite couples along the way. Some of my omissions may surprise you. No Ross and Rachel? Nope. She's too high maintenance and wishy-washy and he has no spine. They were just as bad for each other as they were good. No Carrie and Mr. Big, either. He cheated on his wife. She enabled. Not a good basis for a lasting relationship, as far as I'm concerned.

No Sun and Jin? Nope, they decided to die together and leave their kid without parents. Selfish idiots. No Homer and Marge? I love that they love each other no matter what, but Marge is a serious doormat in that relationship, always cleaning up after this self-centered buffoon that I can't find that healthy. Quirky is good. Destructive or one-sided . . . not so much.

So here's my list of my favorite TV couples, beginning with: 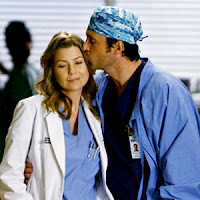 Let's not mention how it all ends, shall we?

9. April and Andy, Parks and Recreation

I love a good reformed bad boy story, and when you mix it with a frequently murderous good girl, it's magic. They're not officially a couple yet, but c'mon . . . we all know it's getting there. I ship them SO hard. 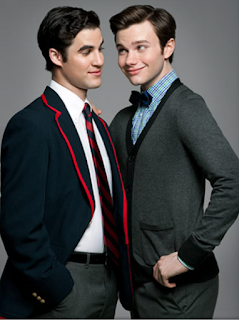 How cute are they?? Seriously. Most adorable couple EVER. 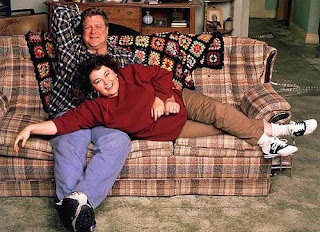 I might be dating myself with this one, but they were just the generic, all-American sort of family. You never questioned the love, no matter what they were going through. 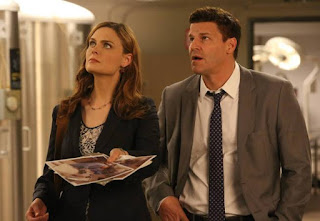 4. Steph and Lena, The Fosters 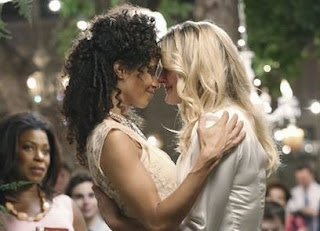 Their relationship is who I want to be when I grow up.

3. Daenerys and Drogo, Game of Thrones 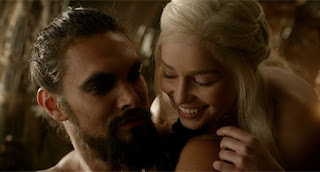 "Until the sun rises in the west and sets in the east . . ."
Talk about an unlikely pair - and theirs was a love for the ages.

2. Emma and Killian, Once Upon A Time

Captain Hook with the daughter of Snow White and Prince Charming? Yes, please! She made him want to be a better man and he made her believe in love again. It doesn't hurt that they're both painfully gorgeous, either.

We watched him go from friendzoned to fatherhood in nine seasons, and their love grew from a carefully watered seedling into a beautiful dandelion. Yes, I said dandelion. No fragile flower, this love. It's hardy and you can't kill it. No interlopers, office drama, new jobs or parental pressures will keep them from being the best friends and lovers they were meant to be.

What about you? Who are your favorite couples?

Email ThisBlogThis!Share to TwitterShare to FacebookShare to Pinterest
Labels: Dating and Relationships, PopCulture