Wife Is A Four Letter Word 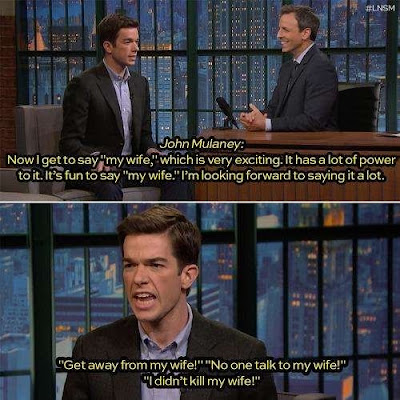 When we were first married, my ex-husband had a very, very hard time saying the word wife. To be fair to him, we had been dating for over seven years, and engaged for nearly two by the time we tied the knot, so the word took a little breaking in.

Still, we'd been married nearly three months when we were at a barbeque hosted by one of his coworkers, and he kept introducing me as, "This is my...uh....this is Ellie" to everyone, over and over again, followed by me smiling and saying "I'm his wife. He's not used to the word yet."

This went on for entirely too many months. At the six month mark, I finally decided enough was enough.


"Wife," I told him. "Wife. You can say it. You are planning on saying it for the rest of our lives, right?"

"Of course I am," he said uncomfortably. "I don't know why it's so hard to say. I'll get the hang of it, eventually. It's just a word."

It took nearly two decades for me to realize just how prophetic that last sentence was. Just a word. Maybe in hindsight, it was hard for him to say because he couldn't put the value to it that I associated with husband. Strangely, it was the same value I later learned to apply to another word, with far fewer letters:

That word was unused for so many years, hidden under a cloud of Oh, I guess that's okay, nevermind and We'll do it your way this time but can we try something different next time and It's not a big deal, I'll manage. Being the peacemaker in a relationship ensures that everything runs smoothly and without conflict - until it all blows apart.

Water under the bridge now, but I know I taught him how to treat me.
Maybe we could have avoided a whole lot of uglier four-letter words if I'd only insisted on the respect and regard that should go with my title.

Email ThisBlogThis!Share to TwitterShare to FacebookShare to Pinterest
Labels: Dating and Relationships, Divorce