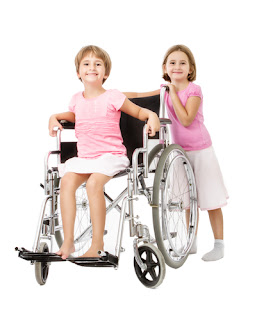 It's not easy to be the brother or sister of a child with special needs.

As a parent, I see the struggle daily and feel it myself as well. My son and his autism take a large amount of focus and dedication and perseverance for both of us - it's all too easy to forget that my daughter has battles of her own that go unspoken, unremarked on, or worse – unnoticed.

She gets chided for not eating her green beans when he gets a happy dance and high five if he even deigns to even try one. Every outing comes with a disclaimer: as long as David's okay. As long as David's not having what we call a "bad autism day," we can go. As long as nothing triggers David or overstimulates him too badly while we're out we can stay. And as long as she understands this, she won't be too disappointed.

Except she is. Those occasions are much rarer as David has matured (thank goodness), and as Anna has matured, they now come with a quiet resignation. A recognition that this is just how it is. David, whether we all like it or not, comes first. He comes first a lot.


And my burden in all this, the weight that I bear as her mother is not the burden of having her brother. He's a challenge sometimes, a joy a lot of the time, an unresolved question that I fear and wonder over alternately, but I can't see him as a burden.

No, my weight is heavier. It's the weight of balancing how much is too much and how little is harmful. My daughter has had to give up so many things, and it tears me apart in little bleeding chunks every time I have to expect her to give up yet another outing, yet another minute of my undivided attention, yet another expectation that balance can be obtained when there's a whirlwind impacting both of our lives.

And the other, unspoken weight, the one we don't speak of yet, but she's already beginning to question. The weight of his care that may some day shift to her, after their father and I are gone, depending on how David eventually evolves. I can't hold that yet. He's still young and I've learned with him that worrying about his limitations often leads to being laughably wrong, if I just give him time and some extra patience.

I'm here to tell you that patience is something I've learned from my children. Both of my children. And a boy such as him could ask for no better role model, social coach, playmate and occasional nemesis than my girl. God in his infinite wisdom put them together, and I'm just the lucky mom that's along for the ride.

So many stories are written about amazing disabled kids. So many stories are written about brave and determined parents who raise them. So few remember that there may be other children in the background with their own stories, wishing someone would remember that they're amazing and brave and determined and a thousand other adjectives, and often while Mom or Dad – or they themselves – are busy taking care of someone else.

I'm here to tell you my girl's story, because it gets lost in his story too often. And that makes it all the more poignant and beautiful when it's finally, finally heard.
By Ellie DeLano - May 30, 2017