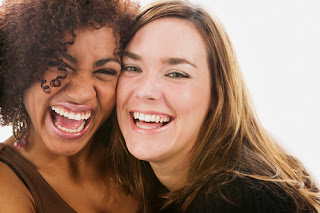 When I was in eighth grade, we were going to get sex education in our PE class for eight weeks. The school sent a paper home with the details, including the detailing of the course, which contained discussion about teen pregnancy, STD's and birth control.

My mother was not happy.

As an evangelical Southern Baptist, mom firmly felt that all of that should be taught at home with a bible in one hand and the word "No" prefacing every sentence. My sex education from her consisted of making me watch an ABC after-school special about where babies come from. I was sixteen, and I didn't bother telling her I'd known since the second grade. She did lecture me once about french kissing being like "sex in your mouth" - I didn't touch that one either.

Anyway, Mom checked "no" on the paper, opting me out of class and told me to return the form to the school. I threw her form away when I got to school, and asked the office for a new one because I'd "lost" the other one. I forged her signature and attended class without the embarrassment of having a lunatic for a mother. That's how I felt then, anyway.

I'm a mom now, and I can see that she meant well. I also think a parent passing on their views on morality isn't inherently a bad thing. But I do think that not speaking frankly to your children about sex for fear you're condoning the act is like thinking that teaching fire safety condones pyromania.

Lucky for mom, I had a good head on my shoulders, and when I finally lost my virginity a month into my college experience, we used protection. Sort of. I shake my head now when I remember how we routinely waited to put the condom on until the last possible moment, but at least it was something.

Then along came C. She was a few years older, also in the Theatre program, and known for just telling it like it was. I barely knew her at the time, but she showed up at my dorm door one Saturday morning, invited herself in, looked me in the eye and said, "You've been bangin' your boyfriend, right?"

I stammered a bit, probably turned beet-red, and she held up a hand to stop my fronting.

"Nobody but your mama and daddy care about that," she said. "And they aren't here." She grasped me by the shoulders and said. "Honey, if you're gonna f----, you're gonna get stuck."

She then proceeded to tell me that she was making me an appointment at the free clinic in town for a gyno exam and birth control discussion, and she'd be by to pick me up and take me there.

Later that week, she escorted me to my first pap smear and when they handed me my six packs of birth control pills, she told me to take mine every morning after I brushed my teeth, so I wouldn't forget.

And thank you to every female friend before and since that I could have a frank conversation about sex with. I can't imagine ever having done so with my mom. Not that I would have wanted a detailed sex conversation, mind you, but a little more information in a non-judgemental manner would have been really prudent. School can only give you so much. It would have been nice to have some gaps filled in, especially since we didn't have the internet back then.

I've talked openly and frankly about sex with my daughter, feeding her info as she asked for it, in an age-appropriate manner. I've let her know my views and listened as she's occasionally shared her own. I don't need to know every detail and I know she doesn't want every detail of my experience for sure.