I'm Not Looking To Cure My Son's Autism, Thanks 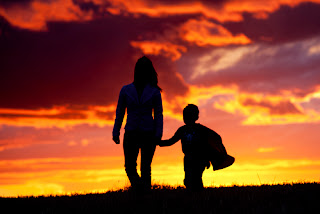 A few years ago, I sent out a Facebook blast to my family and friends to let them know I was taking part in an autism fundraiser - one that I participate in every year. This particular event raises money for autism research, which I think is a very worthwhile cause. Every bit we learn about autism gets us valuable therapies and innovations that help people live their lives to their fullest potential, and I'm all for that.

One of my family members shared the post and added this tidbit:

Please support Ellie and help us find a cure! Autism is a terrible curse and we need to help these children!


I didn't lash out at my family member, even though I really wanted to. There is so much wrong with that sentence.


First of all, while autism is definitely a challenge and some days are far more challenging than others. I totally get that sometimes, it feels like a dark and strangling thing. But I would never in open air or on paper call it a curse. Is color-blindness a curse? Is dyslexia? Both can cause issues, certainly, with the world they interact with, but a curse? Come on.

No medieval witch jumped out from behind a tree and slammed my boy with a lightning bolt of autism because he made fun of the wart on her nose. He's not doomed to suffer all of his days with no hope of a better life because he has autism. He'll have autism his whole life, to be sure, but that life can be rich and full with the right accommodation and people who are educated and caring to guide his way and support him.

And most of all, he doesn't need a cure because there really isn't one.

There are therapies that can teach him how to train his brain to think more like ours, but it never will do it organically. There are support structures we can put in place to help him learn what he needs to learn in the way that works best for him to learn it. There are social norms he can memorize and master so he can play at being an interactive person in a "normal" way, but again, it won't come naturally, not all the time. Most of all, there are work-arounds that he'll discover himself to ease him out of some behaviors and into others that serve him better.  It's a lot of trial-and-error and it takes overwhelming amounts of patience and perseverance - from him more than anyone.

Autism isn't a curse they bear. It's who they are. The curse, if there is one, is that people are determined to stuff them into a box they don't fit into and hush them up when they have the audacity to complain that they're uncomfortable or would like to come out for a while.

My son is an amazing and outstanding human being with a heart so full of love it spills over on everyone he meets. He's incapable of hate, incapable of bearing a grudge, and truthful to a fault. He just needs a little help sometimes.