Sorry Guys, I'm Not Feeling The Fun On THIS Particular Friday 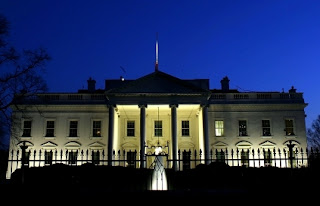 Today, we're electing a man who:

Congress shall make no law respecting an establishment of religion, or prohibiting the free exercise thereof. . .

This man alarms me.

I'm sure someone reading this will say "See! It says you can't prohibit religion either!" and you're right. But that doesn't mean just your religion. It means all of them. Or none of them, if you so choose. That separation of church and state is fundamental in keeping our nation - and it's freedoms - solidly grounded. It was so important, that the founding fathers put it first, before any other article of government.

And as damning and terrifying as all that is, it terrifies me far more that so many people think all of that is okay. Great, even. They're happy to look the other way at his Twitter tantrums and his locker room talk, his penchant for adultery and trading in his wives for younger replacements, his failure to pay vendors and employees, his business scams and bankruptcies, just because he wasn't the woman they loved to hate. Or the old guy who wants to give money to poor people.

So today, I'm not laughing. I'm not crying, either. What's done is done and it's time to move forward. That means calling my representatives, tweeting them, emailing them on every single thing that would have just made me roll my eyes and go on about my day in previous regimes. That means when they speak hate, we shout NO. YOU WILL NOT SPEAK THAT WAY ABOUT MY COUNTRY AND ITS PEOPLE.

I believe in America, fundamentally. I believe in everything this great nation dreamed of being when it began. We're not there yet, but we still have time to try.
By Ellie DeLano - January 20, 2017