A Reminder Of The Power Of Peace In This Holiday Season 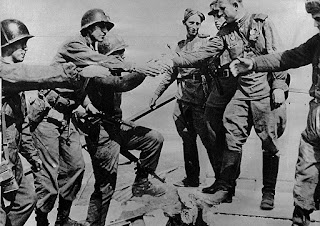 During World War I, a series of widespread but unofficial ceasefires along the Western Front took place around the Christmas season. In the week leading up to the holiday, French, German and British soldiers crossed trenches to exchange seasonal greetings and talk.

In some areas, men from both sides ventured out on Christmas Eve and Christmas day to mingle and exchange food and souvenirs, and several meetings ended in carol-singing. Men played games of British football with one another, giving one of the most memorable images of the truce. And after those brief moments of peace and brotherhood, the fighting resumed the following day.

Let's not forget our essential humanity, this holiday season. We need it now more than ever.

Email ThisBlogThis!Share to TwitterShare to FacebookShare to Pinterest
Labels: Holidays