The Great Mom Dilemma: How Selfish Is Too Selfish? 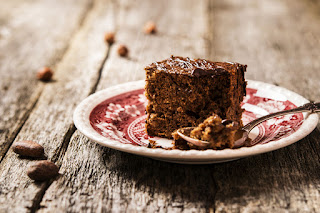 "A mother is someone who - when faced with the prospect of four slices of cake for five people - suddenly remembers that she never much cared for cake."
~ a proverb

I have a dilemma, and it's one of a selfish nature.

Back when I made the book deal and got my book advance, a large portion of that money went toward bills. I was behind on everything, including my mortgage, and still have some accumulated hospital bills from David's broken leg, Anna's concussion, and a breast biopsy that was done on me that I've been paying off very slowly.

I didn't get to pay off everything, but I paid some and got even on some things that I was behind on, and that's progress. I also set aside a small amount for Christmas, another amount for our trip to New Mexico, and with what was left over, I was hoping to check something off my lifelong bucket list and go to Ireland last summer for a week.

And then the ex changed his week for taking the kids, I totalled the car, and I had to kiss that dream goodbye. Or did I?

As it turns out, Aer Lingus runs deeply discounted fares in the fall - fully half off what you'd pay in the summer, and my ex, by terms of our divorce decree, gets the kids every Thanksgiving from Wednesday after school to Sunday night.

So I decided that I'd sort of make the dream come true. I planned a trip to Dublin for the long Thanksgiving weekend. I know, the weather is crap in Ireland in November and certainly nothing will be green, but most of what I want to do in Dublin is indoors - museums, castles, pubs. . . and I don't mind rain and chilly weather. That's what coats are for.

I booked the flight, I booked a hotel a little outside the city but close to the tram, and I plan to eat cheap since it's just me. I don't need fine wine and tablecloths - I'm there to see the city and street food and pub fare will do just fine for me. I bought a guidebook and a new journal and I am stoked.

And now I am broke.

The incident with my local court system is killing me, financially. And having to finance a new car when the old one was two payments from paid off when I got in the accident has not helped. Add David's birthday into that and I am very cash-strapped right now. I already paid for the airfare, and I have enough to cover the hotel if I don't charge anything to the room while I'm there, but I'm seriously going to have to bring Ramen noodles and granola bars to supplement my meals and concentrate on mostly the free attractions. It'll be worth it.

(And this is where the mom angst comes into play)

Taking this trip will mean I have to cut back on my Christmas spending for my kids. Oh, they'll still have more than a good haul - I tend to buy all year 'round so I have a stockpile already - but it won't be close to what I usually do for them.

My logical mind reminds me that:

But none of that takes away the guilt of going after my happiness at the cost of some of my theirs. Even though they'll already have a lot of happy that day.

So let me ask you: What would you do? Seriously. I'm weighing pros and cons and I'm wavering back and forth. I can cancel the hotel (which won't charge me if I cancel within the next 2 weeks) and flight (refundable) and have more money to put toward bills and Christmas, or I can do this, and have a moderate holiday (and the same stack of bills on my counter) but maybe some awesome memories.