Sometimes, Mom Needs To Get Away - And Sometimes She Doesn't 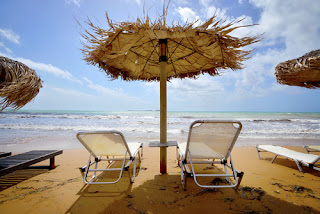 I was groaning a bit last night as I was adjusting the heating pad on my lower back (still working off the soreness from Tuesday's tumble down the stairs),  and David told me, "Mom, you need a week in bed."

Oh, does that sound good.

And then I sat there perusing Facebook and one of my friends was having a wonderful, self-indulgent day of indolent lazing about while her young kids were off with their Dad on a trip.

Some of her friends remarked that she should go out shopping or spend the evening out with her girlfriends, but she declined, stating that she was perfectly happy to be doing nothing for a change.

This was a regular stress point for me in my marriage, believe it or not - the taking of time for me. I didn't do it much. And by much I mean "never at all."

And that's not because my ex would never let me - far from it. I think he always felt a little guilty because he got to go out so much. If there was an impromptu happy hour at work, he never had to call and "ask permission" to go like some of his other married buddies. He called to tell me he was going so I wouldn't worry, but unless we had some agreed upon commitment for the evening, I never made him ask permission. He was a grown man, and if he wanted some time with his friends he should have it, as long as he wasn't out all night and gave me a courtesy call.

So every time there was a night out with the boys, or a coworker had a birthday, or his buddies just wanted him to meet up after work and blow off some steam, he went, and I stayed home with the kiddos.

And whenever the girls in the neighborhood got together for a girl's night out, or someone at my work had a happy hour, I . . .stayed home, despite his encouragement to go have some fun. And here's why:

That's not fun to me.

I just finished a long day at work with my coworkers. I really don't want to spend another hour or two with them when I could be spending time with my children who've been in daycare all day. When they were younger, I barely got half an hour with them on a weekday before I had to bathe them and put them to bed. Trading that time wasn't worth it to me for a glass of Zinfandel and a group of people bitching about work.

If it was a weekend "girls' night out" - I really don't want to spend a few hours nursing a drink at a bar, watching a few people play pool because that's what you do at a bar, and looking at my phone/watch wondering when I can gracefully leave. You can't really talk in a bar - it's too loud. I can't have more than one drink, because I have to drive myself home. If there's a band, that's cool but there's rarely enough seats and I end up standing all night, nursing that drink. Yeah, I could ride with somebody so I could drink more (and it won't be a lot more), but then I have to stay until they want to leave, which will probably be long after I want to.

In short, I'm not much a of "bar" girl, and I never have been. So when I used to get stressed, the ex would suggest time away from home and be thoroughly perplexed when I told him I'd rather sleep in, or have him take the kids somewhere for a few hours so I could curl up on the couch and read, or watch a movie, or do that project I've been wanting to do around the house but can't do with kids interrupting me. I would have loved an indolent, lazy "me" day. A block of hours where I could call the shots and not have anyone to take care of, or feed, or clean or soothe. *sigh* That would have been awesome.

I think it's important to know what really makes your partner happy. I'm a homebody, and he was a social butterfly. Sitting around the house was boring in the extreme to him, and laying in bed after you woke up was torture. Me? I could roll over and cheerfully sleep half the day away.

Different strokes. Keep that in mind when you try to help your significant other de-stress. Don't assume you both do it the same way.

Email ThisBlogThis!Share to TwitterShare to FacebookShare to Pinterest
Labels: Dating and Relationships, Parenting