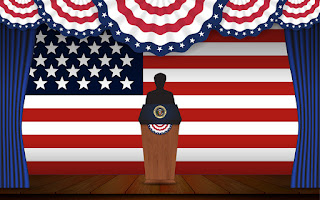 I am sad - and that seems like such a hollow word. It's not deep enough. Not unsure enough.

I am afraid for my children.

I am afraid for my daughter, who shouted with joy as love won the day, and who may now see that overturned. She may never get to marry the person she loves if this man and his policies win out. She will meet men like Donald Trump, who think they are entitled to do or say or act out their wishes without respect for her or her personal boundaries - men who will feel even more entitled to that now, gazing up at their newly-minted role model. I look at neighbors who have Trump signs in their yards and I wonder if I need to caution her to be wary of them. But I don't. She already is.

I am worried for my son, who will be an adult in five short years. An adult with a disability, in a country that just elected a man who openly mocks the disabled. In a country that elected a man who bankrupts without apology, who will be funding the causes he feels like funding and lobbing curse words at anyone who disagrees with him. Disability support, particularly for adults with learning disabilities, has always been an afterthought in this country, funded only after all the other programs get what they need. In this new regime, my son won't be an afterthought. He won't be thought about at all.

We are all now players in the largest reality-TV show the world has ever seen, and the rest of the world sits dumbfounded before their screens, shaking their heads and silently sending their prayers.

Oh, my America. What have we become?