My Dublin Diary - Day 2: Back In Time At Malahide Castle 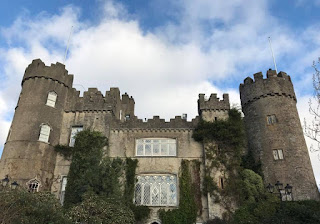 On day two of the great Dublin adventure, I sprung a modest twenty euro (I got a 5 euro discount because I also booked a Freedom pass for the hop-on-hop-off bus in Dublin) and booked a five hour tour that took me to Malahide Castle and then to the coastal village of Howth, with a tour back along the coastline.

I couldn't have asked for nicer weather in November, honestly. It was 49 degrees and sunny, not a raindrop fell on me the whole time I was there. I woke refreshed in the morning, had my cup or two of good Irish tea and headed off to the bus tour headquarters on upper O'Connell Street. Along the way, I grabbed breakfast at the highly recommended Rolling Donut. Oh, dear God, these donuts. So good. I had the Bailey's Cream donut and it was everything I never knew I needed. 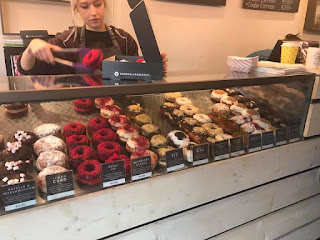 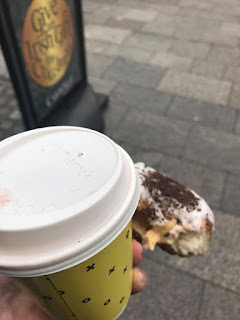 Then I hopped aboard the bus with my fantastic tour guide, Seamus, and away we went to the little town of Malahide, and the gorgeous Malahide Castle. Malahide dates back to the twelfth century, though different sections of the castle have been refurbished at various times. The tour was like taking a trip through time, back to 1174 and then strolling up through Renaissance, Elizabethan and Victorian times. 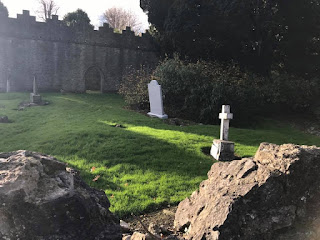 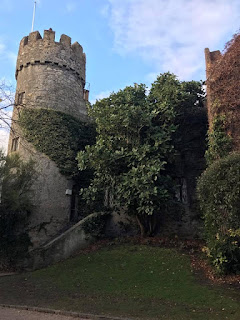 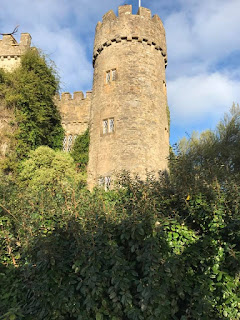 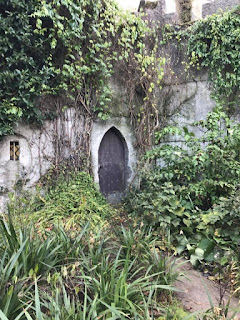 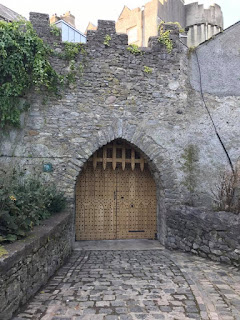 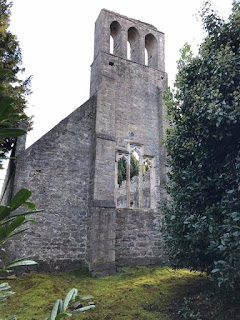 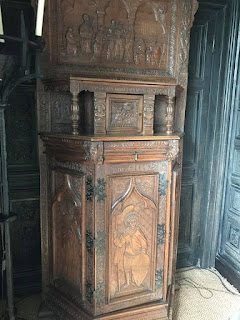 This is the Oak Room. The paneling is all over and the furniture is incredibly ornate. A building has been around on this spot in some form for over a thousand years, but the castle elements surviving today have been added to and fortified across the centuries. 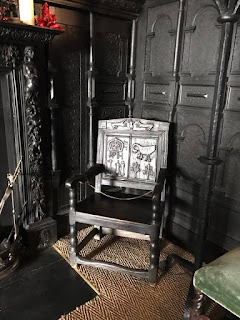 The chair is its oldest remaining occupant, dating to 1200 AD. It bears the crest of William the Conqueror. 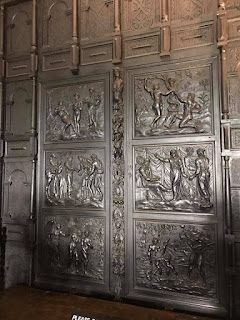 The set of heavily carved doors on the wall hold cupboards - they think. Due to their delicate nature, the haven't been opened in 600 years. I'm betting on a secret passageway. 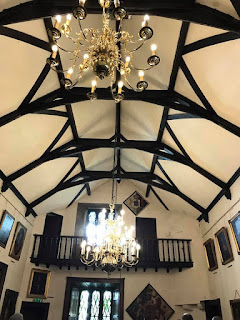 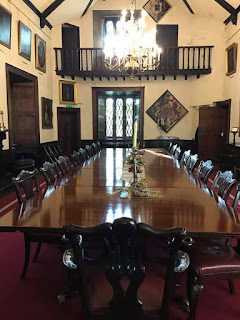 This is the greatroom- complete with a galley above for the minstrels or musicians. The family lost fourteen members in one day during the Battle of the Boyne in 1690. The bodies laid in state across this table before burial. Can you imagine?? 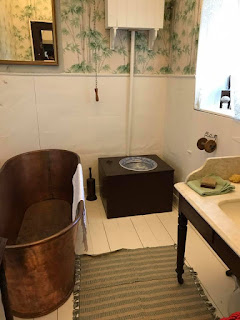 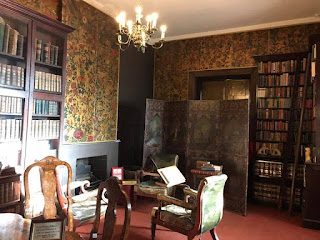 These rooms were overhauled in the 1800's, when they added in that grand bathroom. The wallpaper in the library is Spanish Córdoba and it's 400 years old (click the photo and enlarge it - it's gorgeous). And oh, the smell of that library! The smell of old books! Indescribable to anyone who's not a book person, but it's amazing. 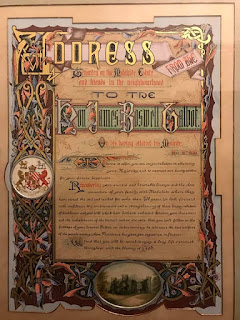 This tapestry was an official announcement for a son who reached his majority (18th birthday). It would have been posted near the entryway during the party they threw for the entire town. Sort of an 18th century Facebook status.

As you travel through the castle, you also learn the history of the Talbot family, including great gems like this:

As we wound our way through the castle, our tour guide Bronwyn gave us the scoop on some interesting idioms and how they came about. For instance:
The tour finished off with enough free time to visit Avoca, a cafe and gift shop on the property, and lunch that day was this amazing steak and onion pie: 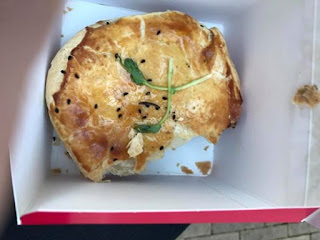 I washed it down with a Bulmer's Cloudy Lemon Hard Cider, while looking over the Irish Sea. But that's an entry for another day.

Tomorrow: more of my second day - with a visit to Howth Harbor and the rugged Irish coast!