Heritage vs Culture: Americans Do This Differently 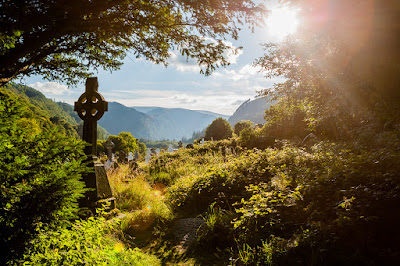 Anna and I were having a discussion over the weekend about Columbus Day and its origins. She was feeling a little conflicted because she's got both Italian and Native American blood in her veins. Columbus, as you know was a masterful explorer, and especially around the Philadelphia area, he is celebrated with a lot of revelry.

But there's no denying that Columbus was also a sonufabitch, enslaving, murdering and raping indigenous people everywhere he went.

Heritage is both a priviledge, and sometimes, a burden. Columbus is certainly not the perfect representation of all Italian people (who have made tremendous contributions to the public good across recorded history), but to ignore his crimes in the name of cultural pride is wrong.

Speaking of cultural pride; that brings me to my next point in the heritage discussion. I've spent a lot of time hanging out in online forums across the years, most of which feature members from all over the globe. There seems to be some irritation from people in other countries when an American shows up for a visit and proudly proclaims, "It's great to be here! I'm Irish too!" Or, "I've always wanted to see Paris - I'm French, you know!"


To them, you're claiming a culture and a country that isn't yours. You weren't born there. You don't live there. You're an American and to claim to be anything other is somewhat offensive, especially to those born and raised on that soil.

When you live in a country where just about everyone you meet is a strong mix of several heritages, it can get more than a little cumbersome to list them all out, should someone ask, along with a hyphen and the word "American."

For instance: I'm Irish-American, Belgian-American and Native-American. But instead of all that, if someone asks, it's a lot easier to say I'm "mostly Irish." No one over here would take that to mean I was born anywhere else but America. If I were, I'd say, "I'm from Ireland." There's a difference - over here, anyway. One way denotes your heritage, the other denotes your culture. If you live in a country that isn't a major melting pot like ours, culture and heritage are often one and the same, or at least very closely aligned.

America separates them out, and we have to. The American culture is made up of so many varieties of heritage, it's impossible for them to align, ever.

So when an American tells you they're Irish or German or Korean or Russian or Moroccan, it isn't because we're trying to own something we didn't earn. We're showing pride - pride in our ancestors, in their homeland, in our shared history. We're trying to find the commonality - which is critical in a land where so many differences can often divide in an ugly way. Finding what ties us together is our way of being friendly.

That being said, for all my American readers - be aware of how you sound. Claim your ancestry, but try not to sound like you're claiming a country. Those countries have spent hundreds - maybe thousands - of years fighting people who tried to claim their lands and take over their cultures. They're a little put off by anyone who sounds like they're trying to do it now.

And that's my two cents on the nuances of heritage vs. culture. I'm going to eat my croissant and drink my Barry's Irish tea now.