People With Autism Have Empathy - What A Surprise! (Said No Autism Parent Ever) 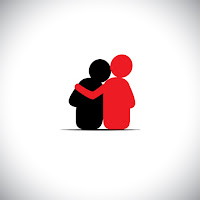 When neurotypical people think of people with autism, they get two distinct pictures in their head: Dustin Hoffman as Rain Man, or Sheldon Bateman from The Big Bang Theory. They're genius savants with no social skills and a distinct lack of empathy and the ability to feel and express emotions.

While it's true that people on the spectrum don't always process those emotions like neurotypical people do, that doesn't for a second mean that they don't feel them. I want to share with you this article from Scientific American that goes a lot more in depth into the fallacy behind the stereotypes about autism and feeling emotions. The article discusses alexithymia, or the inability to self-identify emotions, something found commonly in people on the spectrum.


In other words, they're feeling all that emotion. Sometimes they're over-feeling it. The problem is, they're not sure exactly which emotion they're feeling. They may just be irritated but they're expressing it as fear. They may be exhausted but expressing as anger. They may be sad but laughing inappropriately because they're hoping someone will lighten the mood and ease their sadness. The key is helping children (and adults) on the spectrum identify and communicate what they're feeling, and doing it with patience and some empathy of your own.

My kid is about as far from a stone-faced robot as you could find. He's a warm, caring, funny, over-the-top kind of person trying to fit in with a world that makes no sense to him. The navigation of that world is a daily battle, but I know he'll keep on chugging through. I have never, not once, doubted that he feels every bit of that struggle, and every bit of the joy and pride of overcoming.