Let Me Tell You About My White Black Friend 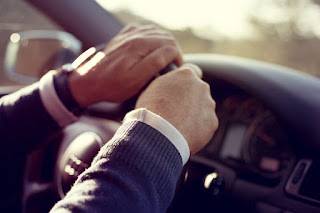 Over the weekend, a fried on Facebook shared this amazing post by Patrick Knight, concerning the way his white friends knowingly and unknowingly perpetuated racism when he was around. So much of this resonated, but I particularly got hit by this passage:

"It's also messed up to introduce me to your other friends (whom I've never met) as "the whitest Black guy you'll ever meet." I've never met this person. They've never met me. But thanks to you trying to make what seemed like a harmless joke (to you), this stranger not only now has a pre-conceived notion of how I might behave or think, they also now have implied permission to call me the same thing."


As a person who works in corporate America, and has worked for a few large global companies with people of many diverse races and cultures, it pains me to say I've heard this exact phrase many, many times. Not just at work, but at outings, in my neighborhood, and hanging with friends. We white people think it's like giving our stamp of approval, or something. It's okay. He's practically one of us!

I've cringed once or twice at it - mainly when I noticed how badly my black friend, colleague or acquaintance was cringing, but most of the time I didn't give it much thought. It was just something white people say. And I wonder today how many atrocities - verbal or otherwise - are committed that begin with someone saying, "It was just..."

And I think about Vince.

That's not his real name - it's a bit too singular and recognizable for me to use it here, but Vince was a former co-worker of my ex-husband. He was a Wharton Business School grad, very well spoken, intelligent, funny, confident and charismatic to the point of nuclear. He was also black. Every couple of weeks, he and the ex would hang out together, doing the happy hour thing after work.

Vince usually drove since the ex and I commuted together and I drove our car home, and they liked to frequent a bar or two in the area of work, which was in the Philly suburbs, in an area known locally as "The Main Line." Grace Kelly was a Main Line girl. It's all very affluent and old money and at that time, up-and-coming tech companies.

The first time they were pulled over by a local cop, Vince let out a sigh. He put his hands on top of the steering wheel. He answered the officer politely, handed over  his license, registration and insurance information, thanked the cop when he said he saw Vince cut the corner too tightly as he turned, and then Vince wished him a nice day and the cop got back in his car.

They resumed driving and my ex couldn't believe it. "That was bullsh--!" The ex said. "You didn't cut the corner at all!"

"I know that," Vince explained patiently. "That's just how the drill goes."

"Are you kidding me?" the ex replied.

Vince just gave him a deadpan look. "Dude, I get pulled over twice a week here. I'm a black guy in a nice car. It's like I have to prove I earned it and even if I did they don't want me driving around here. One time, I had a flat and I pulled over to change it and two different people on the block called the cops because a black man was in front of their house."

It became a running joke between the ex and Vince, whether they were going to get pulled over. One time, they passed a cop who was pulled off to the side of the road and didn't get pulled over and Vince joked it was because the cop could only see the white guy in the passenger seat.

When the ex told me all of this, I was as flabbergasted as he was. I mean, this was Vince. You will never meet - pardon the expression - a whiter black guy.

But it didn't matter to them. And today, I know we're not doing anyone a favor - or sadly, paying anyone a compliment - by saying they're a white version of whatever they are.

This country was founded on the tenets of equality and freedom, on being presumed innocent of something until proven guilty, of the right to fair and impartial treatment under those laws.

Laws that were made by white guys - some of whom weren't sure that slaves counted as people yet. But they all agreed that your right to live your life without harassment when you're doing nothing wrong is pretty damn fundamental.

We are a nation of many people. Many colors. Many faiths. That's what makes us amazing. That's what should make us America. Not this crap. It's past time for white people to stop whitewashing the rest of the world.