Back In The High Life Again...Once I Stop Scratching 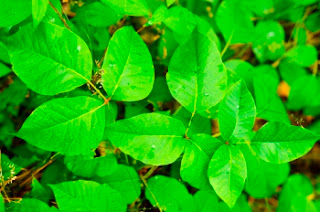 I was at the grocery store on Saturday, picking up some odds and ends...eggs, bread, Lunchables for the kids to snack on, cereal....diuretics and Ivarest.

Because I have a wicked case of poison ivy. One of the worst my doctor has ever seen, or so he says. That's what I get for doing all the yardwork I've put off while I was finishing a book. Anyway, it's all over my arms, some on my shins, and a scattered patch on my torso here and there where I've carried it over while scratching myself in the night. I've tried every over-the-counter product, baking soda paste, oatmeal baths, apple cider vinegar, but this stuff is hanging on with a vengeance. I finally bit the bullet and went to the doctor and he gave me a high-dose steroid prescription and I'm making slight improvement now. The diuretics are keeping me from swelling to impossible sizes because that's what Prednisone does to you.

I was in the supermarket and an old song came on, sending me hurtling into the past. The song was "Back in the High Life" by Steve Winwood, and I first heard it when I was doing a professional model shoot. Not that I ever worked as a model, mind you. I won a "star search" type of contest once in my college years, chosen as one of 15 national finalists for a spokesmodel contest, and the shoot came at the end of an intense week of workshops, instruction and filming scenes for the show.

Nothing ever came of it - the show lost funding when it's producers declared bankruptcy, and it never aired a single episode. At the time, though, it was my 15 minutes, and when that song came on while they were shooting me, I remember thinking to myself, "This is it. The high point of my life. I am on top! Yeah!"

Yeah. So much for that. The problem with the top is nobody gets to stay, and there's nowhere to go but down. And then back up again. And down. And up. And level for a while, and back up again.

I thought about where I am now, and how I define "the top" so very differently these days. I have a job I like that pays my bills. I have a second job that is my passion and that is now paying some bills. I have my health, healthy kids, friends I can count on and a family I love.

It doesn't always feel like the top, but it'll do. Poison ivy and all. I just know that whatever bad patch I'm in, it'll clear up. It always does. It might suck for a while, but it's transitory. I'll get through, and I'll keep climbing.

I've always been an optimist, and I won't apologize for it. It's kept me sane and held me together through a whole lot of crap. Including maddening, itching blisters all over my body that only reaffirm my extreme loathing for yard work in all forms.

I'll just let Kellie O'Hara from the Broadway run of "South Pacific" sing me out: