Regarding The Brock Turner Conviction: Guys, Why Don't You Behave Like Girls? 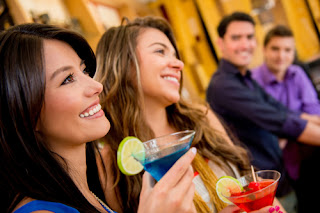 I haven't blogged about the whole sordid Brock Turner story yet because honestly, anyone who knows me knows just how I feel about this remorseless whiny boy and his dumb-as-a-box-of-arrogant-rocks father, and the victim's statement was so beautifully eloquent and emotionally eviscerating, there's little I can add by way of comment to enhance it. She's amazing, he's a sub-human asshole raised by a sub-human asshole, end of story.

But I just have to ask one thing:

I don't mean that in a "Why do you all go around fondling, intimidating, coercing, assaulting and raping us when we don't do stuff like that to you" kind of way. The truth is, there are women who do all of that. There aren't nearly as many, mind you, but they exist.

And this isn't a soapbox lecture about the pervasiveness of rape culture. Brock Turner's Daddy did more to shed light on that than even his son did. I don't need to go there.


But I'm talking to you as a mother - a mother with a really hot teenage daughter, and a son who (due to a disability) has a very hard time understanding boundaries, personal space, body language, and occasionally even verbal cues.

My daughter and I have had many frank discussions about hookup culture and drinking and promiscuity. I was a college girl once. Hell, I was even a hot college girl. I know what it's like to have a few too many and suddenly find yourself in the crosshairs of a guy - or guys - on the prowl.

I have a friend who got roofied at a bar. Luckily, her accompanying friend quickly recognized that she was way too drunk for the amount of liquor she'd consumed and hustled her out of there before whoever did it to her could strike.

Once, at a college frat party, one of the friends I arrived with got uncharacteristically, staggeringly drunk. We lost sight of her for a few minutes, and when we did find her, she was in the arms of one of the biggest guys I'd ever seen. She informed us that she was leaving with him and he would drive her back to the dorm. He was friendly, sociable, likeable.

We said no anyway. We insisted that she leave with us as he argued, and even when she argued. I finally grabbed her by the arm and with my other friend's help, we forcibly removed her. The guy ended up calling her the next day and they went on a legitimate date or two, but we weren't taking any chances and I'm glad we didn't. Yeah, maybe she was an adult and should be allowed to make her own decisions, but we knew our friend. We knew how drunk she was. We didn't know him.

I've invented pressing appointments to get friends away from a creepy guy. I've texted to interrupt. I've flat-out lied to a very drunk friend about an emergency to get her away from an uncomfortable looking situation. We all have. It's the girl code.

And that's the point here, guys. Girls who are friends watch out for each other like that. When a friend goes missing, we go looking. When a friend is uneasy with someone, we intervene. When a friend gets blotto, we get her the hell out of there. Girls, in general, do that. At least, most of the girls I know.

So why don't you guys step up to the plate more? 'Bros before hoes' and all that stuff.

When you see a bro making an asshole of himself by trying to intimidate a girl or several girls in a row, be a bro and talk to the dude.

When you see a bro hanging around only the drunkest chicks at the party, call him out on it.

When you see a bro taking advantage of a girl's drunkenness or inattention to put his hands on her, or lead her away, do something.

Let's be realistic here. You're probably all watching that bro from the sidelines, joking about his lame lines or giving him a discreet thumbs up behind the girl's back. You know, bro stuff. It's all about the game, right?

Except the game can have disastrous consequences, and not just for the girl.

Have any of you ever thought to say, "Dude, she's really drunk. What if she wakes up in the morning and decides you raped her? Pick another girl - one that's a lot more sober."

Have any of you ever said, "Yeah, she screwed the entire football team, but she's not acting like she's into you. Stop buying her shots. That could end badly."

Have any of you ever said,  "Her friends are all talking about how you've been creeping on her all night. You're better off not taking her home. What if she wakes up in the morning and they all tell her a different story about what happened tonight?"

These are legitimate questions. And not because girls can lie about consent. Yes, I suppose there are some girls that regretted sex that they totally consented to and tried to use it as a weapon. I've heard of them. Never met one (thank goodness) but that's probably because that would be a manipulative, sociopathic thing to do and I don't hang with people like that. These are legitimate questions because when alcohol is involved, there can be many differing stories of events.

I have a son. He's autistic, and he's almost a teenager. Someday, he'll be an adult. Maybe he'll be at a party with friends, or some other social occasion, and maybe someone will offer him a drink. Or he'll ask for one, so he can fit in. He very desperately wants to fit in.

I'm going to keep him away from alcohol if I can, school him that it's a bad idea. For him, especially so, because he has problems with social cues to begin with. But if some far-off day in the future, he has a drink, or two, or however many, and he gets buzzed, or drunk or just not in control of himself, and a girl gets physically close, he could easily go too far. He's exuberant, and he doesn't always "get" social norms. He's also a big kid who'll probably be a big guy. He could come across as creepy. Hell, if he was drunk, he could be creepy. Or touch inappropriately. I would hope not. I'll drive those boundaries into his head repetitively so that he won't, but if he's drunk and I'm not around...who knows? He can be unpredictable.

And if he crosses a line, his disability might explain it, but it won't excuse it. Just like being drunk wouldn't excuse it. It won't reverse the effect his actions would have on that girl. Ever.

So as the mother of a son such as this, I ask again: why don't you guys think like girls? Why aren't you watching each other's backs? Why aren't you reminding each other that throwing away the rest of your life and career goals and ambitions is not worth ten to twenty minutes of sloppy, drunken sex?

Just like we turn to our girlfriend and say "time to go home before you do something you'll regret," you should be saying the same. Just like we say, "Nope, she only drinks what's been opened or poured in front of her" when our friend is having too much fun to remember the rules, you should be saying, "Hey, you can't be using that stuff on her. What if she gets sick? If she goes to the hospital, everybody here saw you with her. You're going to get arrested."

In a perfect world, you'd all call each other out because taking advantage of another human being is just plain wrong. But I've given up on hoping that some of you (not all of you) will treat women with compassion and respect for personal boundaries. We all hope for that and it just doesn't happen, because that interferes with the bro code and the chase and the grand game that is pursuit and sexual freedom.

So if you can't think of us, think of yourselves. Sure, if you're caught sexually assaulting or raping a woman (and that's a big "if" unfortunately), the legal consequences may be moderate to severe, depending on your socio-economic status and if the judge claims your university as his alma mater, I guess. But in this age of social media, the damage to your name and your future prospects can be irreparable.  And it'll be on the internet forever. For f*cking ever. Isn't that right, BROCK ALLEN TURNER?

Think about that. Try to spend a moment thinking about the damage to the potential victim, if you can, but if you can't, think about your bro. He's a good guy, right? He doesn't mean anything by it. He's just trying to get some action.

So why not stop him from getting more than he's looking for, and not in a good way? Why don't you have his back, and why doesn't he have yours? If he looks too drunk to be making decisions about women, then you back off the beers, keep your wits about you, talk to him on the level when necessary and get him safely home.

If Brock Turner had some true friends that night, and not a bunch of pricks who high-five when leaves the bar with his hand on the ass of the staggering drunk chick, maybe he'd just be an asshole today, instead of a rapist asshole.

And maybe if enough people called him on his bad behavior enough times, he'd learn to start policing himself. Even if he only does it out of self-preservation and not concern for a fellow human being's right to their own body, at least he'd still just be an asshole, and maybe never a rapist asshole.

So talk to your bros. Be as selfish as you need to be. Make it all about you and your futures if you have to. Just do it, so we don't have to feel like we're moving in a herd to avoid snipers every time we go out.

In a perfect world, no one would drink themselves blind drunk and do anything they regret. In a perfect world, we'd all respect each other and want each other in control of our faculties when making decisions about our naked bodies. We don't live in that world. This verdict has made that crystal, crystal clear. So do your bros a solid for all the wrong, selfish reasons. Please.

I've said what I need to say. It's high time all of you guys did some talking, too. And you really, really need to talk to each other.