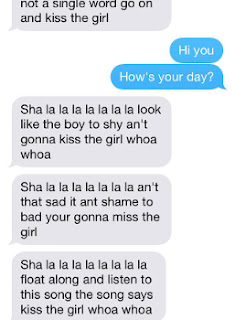 David has become a textaholic.

I'm thrilled, don't get me wrong. He's using his fine motor skills every time he types and he's crazy about typing out long blocks of song lyrics.

Sometimes, it's for apologizing for something he did a week ago but still isn't over yet: 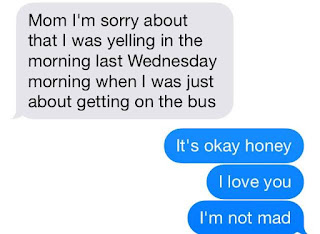 Or for getting some necessary information: 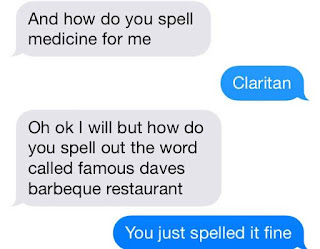 Sometimes he just wants to butter me up after he's misbehaved: 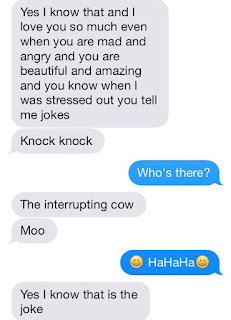 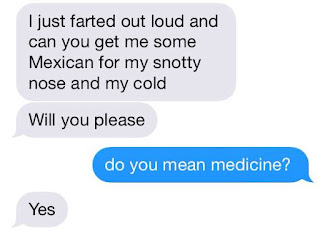 And as always, I read these and I remember that a half-dozen years ago, I never would have believed he could text, much less spell correctly and form sentences and paragraphs and joke and use technology just like any other kid.

Okay, maybe not exactly like any other kid, but he does it. And he does it with flair.