A Different Kind Of Special Forces: Meet The Soldiers Of Ro'im Rachok 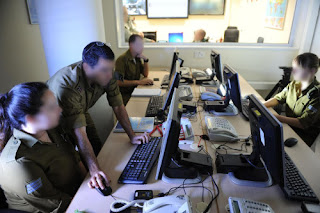 In Israel, military service in the Israeli Defense Forces (IDF) is compulsory after graduation - unless you are barred by disability. Autism falls under the disability category, and for many young adults on the spectrum, their inability to serve hinders them in many ways.

Service in the IDF is a rite of passage, a way to bond with your peers, learn valuable skills, and a bridge into a future career once service is completed. All of this was out of reach until recently, when a special unit was formed.

Known as Ro'im Rachok, or "viewing beyond the horizons," it embraces the skills of young adults on the spectrum, utilizing their often extreme focus on detail, ability to concentrate for long periods, and visual and spatial acuity to study aerial photographs and video taken by reconnaissance craft and satellites to help plan combat missions.

Another big plus about those who serve in this top-secret unit, as noted by the mother of one of the soldiers:


“Autistic people tend to see things in black and white. If they understand something is secret and they are not allowed to talk about it, they won’t talk about it. Ever.”

Service in the Ro'im Rachok is voluntary, and in addition to their military training, the staff are working with several employers to integrate former soldiers into the workforce once their term is complete.

Ro’im Rachok was developed by T. Vardi, a former IDF commander, and L. Sali, a physicist who had worked in the technology side of military intelligence - and the mother of an autistic young adult.