5 Movies That Were Not What I Thought They'd Be 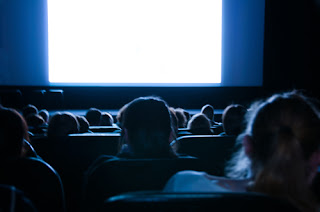 I love the movies. I have a DVD and Blu-Ray collection that is embarrassing in it's volume, and I try to get out to the movies at least a couple of times a month. You'll frequently see me watching a great movie more than once in the theater, as well.


When I'm picking out flicks (either on the big screen or DVD), I go off of trailers, recommendations, and my own gut instinct. There have been a few times where I picked a movie that ended up being nothing like I thought it would be - but in a good way! Here are my top five picks for unexpected movies!

1. Edge of Tomorrow - I went to the movies that weekend because I'd earned a free ticket through reward points. There was absolutely nothing out that I wanted to see, but I was bored out of my mind. I chose this movie because it looked kind of science-fictiony and I liked Oblivion with Tom Cruise so I figured this couldn't be too bad. WOW, was this movie nothing like the trailer painted it. To watch Tom Cruise's character evolve through the Groundhog Day circumstances of repeating a war every single day - it was really, really well done and so much more than it's painted to be.

2. Click - I'm not a big Adam Sandler fan. I hated The Waterboy and Happy Gilmore and Billy Madison. My kids liked Bedtime Stories but I thought it was a snoozer. Friends kept recommending Click and I finally gave it a watch. I was really not prepared to get kicked in the feels by this one, and Sandler did a damn good job of it, too. It's not your usual Adam Sandler kind of movie. Sure, there's plenty of funny, but the final scenes will have you sobbing.

3. Bridge To Terabithia - Speaking of getting kicked in the feels...I should preface this by saying I never read the book (it was after my growing-up days) so I had no idea what was coming at the end. I just thought (and the trailers led me to believe) it was a fun movie about two kids and a make-believe magical land. My daughter -who was seven at the time - sat down to watch it with me and at the end we were both wrecked. Just wrecked. It is a very good movie. I just don't think I can ever watch it again.

4. About Time - Look at that movie poster. Doesn't it look like a sweet romantic comedy? They even tell you on the poster that it's like a couple of other popular romantic comedies. It's not. Oh, there's romance - the guy can travel back in time and in doing so he guarantees he'll get his dream girl (that's the basic premise) but the movie is so much more than that. This is, above all, a movie about family. Crazy, lovable, loving family and the ties that bind us. It's about fathers and sons, brothers and sisters, parents and children. Oh, and getting the girl. But that's really an afterthought here, and the movie is all the better for it.

5. The Cabin In The Woods - I expected a horror film that might have some good dialogue and a few funny moments. Oh, did this film deliver by the truckload and then some. To say this is a fun horror flick is like saying Titanic is a teen romance. All the peripheral stuff going on behind the horror is so unexpectedly terrific, and the ending is truly the definition of epic (with an unexpected cameo by an A-list star). It's got language and slight nudity and some references to drug use, but if that offends you more than people getting the flesh ripped off of them, this really isn't the movie for you. It hit all the marks for me, though, and remains one of my favorites.


What about you? What were your "movie surprises?"