Resource Monday: A Fascinating Article On How Cultural Differences Can Affect An Autism Diagnosis 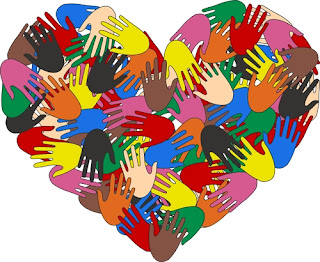 I've actually encountered this myself a few times - I had a woman reach out to me on my blog a few years back because her son was showing some red flags. She'd done some research and really felt he should be evaluated, but her husband was from a culture (I won't say which) where disability of any kind is simply not discussed if it can be helped. She felt so powerless, and my heart went out to her. I still wonder if she ever got her son the evaluation and support he needed.


I also had a friend who was from India - she had a daughter on the spectrum and it took a while before she was diagnosed. Children from India are generally very independent and self-sufficient - you won't see a lot of "helicopter parenting" until the child is old enough to start looking at university and career choices. Until then, they're given a lot of freedom to play and explore and learn (and not in a neglectful way - at least with my friend, anyway). The fact that her daughter played alone for hours and didn't interact much just meant she had a shy child, or so her parents thought.

There are many ways autism diagnoses can be influenced by the culture around them. Eye contact (or lack thereof) is one of the key early indicators for an autism diagnosis, but as the article points out:

"In most European-American families, children are encouraged to make eye contact with others, but this is not universal. In other cultures or communities, establishing direct eye contact is considered a sign of disrespect, especially in children interacting with adults."

Being aware of these kind of cultural nuances can aide doctors and therapists who work with children and families on the spectrum, and we all need to be aware that autism and its related behaviors are perceived differently in different parts of the world.
By Ellie DeLano - April 04, 2016