See Something, Say Something - It Means More Than You Know 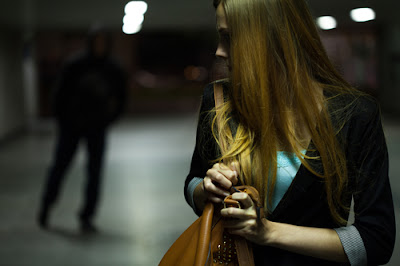 The kids and I spent Easter Sunday and yesterday in our nation's capitol, taking in the museums of the Smithsonian. With all the terror attacks recently, Homeland Security has a new campaign called "See Something, Say Something" to keep us all aware of the potential dangers around us. The signs were all over the place.

I had no idea how very spot-on those signs were.

You see, ever since David broke his leg a few years ago, he sometimes has a hard time with extended walking. He took a tumble in school last week and went right down on that leg, and he's had some difficulty with it since. Unfortunately, Washington D.C. is a lot of walking. By the time we got to the Air and Space museum, he really needed a break.

Anna was in the one museum she really, really wanted to visit, since she's planning on a career in astrophysics someday, so while David and I hung out in the cafeteria and took a break, she decided to do a bit of touring on her own. She's got her phone and she's turning fifteen on Saturday, so I told her to go have fun.

She was doing exactly that until a group of 20-something young men decided to follow her from exhibit to exhibit.

Anna is no stranger to male attention. She's a very pretty girl with a very gorgeous body and Sunday she was wearing a cute black dress that she looked amazing in. She may only be fourteen, but she could easily pass for much older. She's used to the occasional head turn or (ugh) remark, but she handles it with confidence and not a lot of tolerance for nonsense.

These guys were bent on nonsense. They followed her from place to place, making it impossible for her to enjoy the exhibits. The museum was packed, and Anna was doing her best to ignore them until they followed her up an escalator and one of the jerkwads thought he had the right to put his hand on her leg under her dress.

Anna immediately, loudly, and with a wickedly sharp tongue, disabused him of the notion (I can't quote her here as this is a family blog, but oh, she gave it to him good). He moved out of range before she could slap the crap out of him. And plenty of people around her saw them doing all this and DIDN'T. SAY. A. WORD.

Luckily, I have a girl who isn't afraid to toss that disrespect right back at them. A lot of girls would just try to get away and spend the next days reliving that awful, creepy feeling over and over again. As it was, it put a damper on our day and ended our museum trip prematurely because Anna was about to combust with her own fury at these jerks. They exited the building shortly after the altercation, so Mama didn't get to tenderize the nice chunks that Anna tore them into.

We persevered in spite of the jerks, and the next day we returned, checked out a planetarium show, and headed over to the National Gallery of Art. 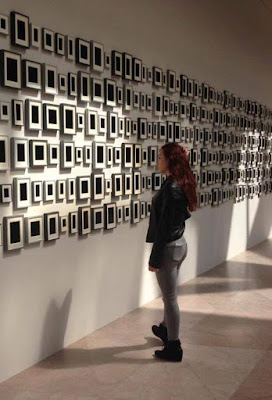 And she is most definitely a work of art.
That's my girl.
Kicking ass since April of 2001.