Resource Monday: The Top Sports For Kids With Autism 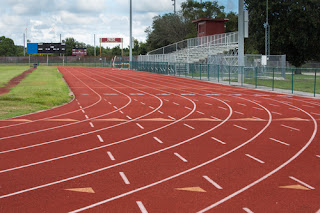 I've been getting more and more concerned about David's weight lately, and about his activity level in general. I'd love to get him involved in sports, but the truth is, he's very oversensitive when it comes to physical contact - a ball hitting him, a trip and fall or another player bumping into him would end the game for him and disrupt it for the others. So I have to look into sports that might permit him to be part of a team (because he loves to be part of a team) while minimizing physical interaction.

I came across this helpful infographic, put together by Dr. Julia Connelly, Ph.D., a psychologist and the clinical director at University of Utah Health Care’s Autism Spectrum Disorder Clinic (click to enlarge): 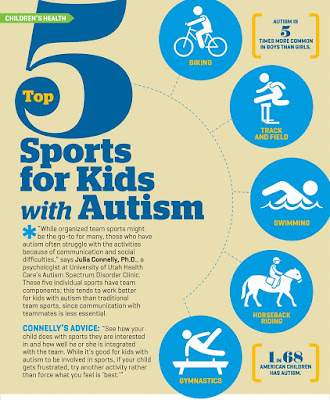 Sports like these encourage physical fitness while letting the child compete against their own best performance, while contributing to the team at the same time. David loves to bike, so I think we'll be doing a lot of that now that Spring is almost here!