My Daughter Asks: Does It Worry You? Getting Older? 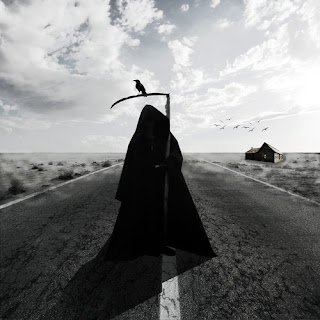 My daughter and I were talking the other day about growing up and growing old, and she asked me a very interesting question:

"Does it worry you?" she asked. "Getting older?"

I mulled on that a moment. I'm not afraid of growing old and dying - that's all a part of life and when the end comes, there's really not much I can do except strap in and take the ride.

I worry about getting ill and needing help someday. I worry about losing my independence, or worse, my cognition.

But the biggest worry I have regarding my aging and my death have to do with David. I don't want him burdened with my care (nor Anna, for that matter) but the thought that terrifies me most is the thought of David ever finding me dead.

It's possible he may be living with me still in his adult years, and to tell you that I'm David's favorite person in the entire world is a radical understatement. He's overwhelmingly attached to me, and while that may wane as he gets older, I imagine it would still be devastating to him on a very deep level.

I don't want him to remember me that way. Because I know his autistic mind will fixate upon the image of my dead body, and never let him forget it. Or escape from the constant reminder of it.

That's an awful thought, and that's what worries me about getting older.
By Ellie DeLano - March 08, 2016