Stop Shoulding On Yourself 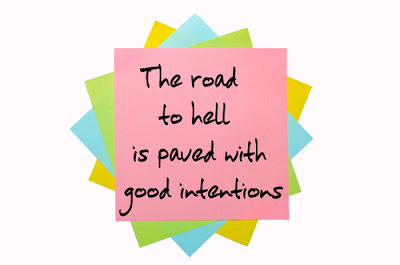 This really struck home for me....the woman who "shoulds" a good portion of her life away on a regular basis.


I remember years ago, I went to see the movie Amistad. If you're unfamiliar with the plot, it's based on the true story of a Spanish slaver ship that was overtaken by its cargo of slaves off the coast of America in 1839. Spain demanded the slaves be returned, as they were cargo, but an idealistic young lawyer took them to court to fight for their freedom, asking the court to officially and formally recognize the slaves as human beings.

There's a pivotal scene where they win in an early trial, and the lawyer (played beautifully by a young Matthew McConaughey) tells the slaves they won and will be freed, only to have it all go wrong when the verdict is appealed. He seeks the help of a translator who speaks Mende to inform them, and of course, they don't take the news well.

They start shouting and getting very upset, so the lawyer says to the translator, "Tell them we meant for them to be free! Tell them I meant to free them!" The translator looks at him in exasperation and says, "I can't translate that! There is no word for meant to in Mende. You either do a thing, or you do not do a thing. There is no meant to."

I thought to myself then (and now), what a way to live your life. Either you do what you said you'd do, or you do not do it, and own up to the fact that you didn't. You don't should all over yourself and watch your life putter away along with all your good intentions.

It's time for me to cut that should out.

And on that thought...I'll leave you with some Shel Silverstein: