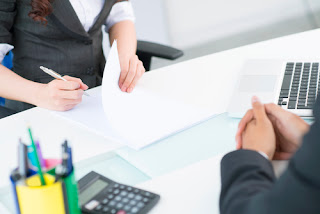 A few years back, I attended a writing conference that featured a keynote speaker who was a New York Times bestselling author. During the Q&A period after her talk, someone asked her what advice she'd give to someone who wants to make a career out of writing. She didn't bat an eye.

A year later, I went to a few blogger conferences - mind you, this was at the height of the blogger era, when banner ads abounded and not many people were reading on cellphones. There were bloggers giving all sorts of workshops about monetizing your blogs, and while none of them was willing to throw out exact figures, the few who were honest made it abundantly clear:


That's not to say you can't make money on a blog - and maybe back then there were a few here and there who did make enough to live on however frugally, but they were extreme exceptions, people who parlayed into a few good book deals or had the luck to go incredibly viral.

The sad truth is...writing doesn't pay much. Not unless you get lucky and get a film option, or pay your dues with a lot of sweat and blood and end up with a really popular series and a strong following. Sure, it can happen. But quitting a solid job while you wait around for it to happen may not be a great strategy if you have bills to pay.

Salon magazine just published this spot-on article titled "Sponsored By My Husband" that discusses this very subject. People with solid writing careers who have a husband or a wife to help pay the bills, or a double-income-no-kids lifestyle that affords them the money and free time to pursue what they love.

There's no shame in it. If I had a husband who was willing to support me that way (it pays as good as any part-time job, after all, so I'd be contributing something), and family nearby to watch my kids so I could write in peace, I'd be writing full time, all the time.

The issue here is that a lot of writers don't tell you that they've got somebody else helping to pay the bills. Or that they inherited money, or their home (like Jane Austen did) and that freed up a lot of cash flow. They just tell you they're a full-time writer, wear it like a badge of honor, and fledgling writers wonder why they can't make a living when they're working so hard.

If I'd been paid just $5 for every website that offered me "free exposure" in lieu of pay, I could have quit the day job long ago. Plenty of people want me to write for them. They just don't think they should have to pay to use me.

I finally landed the big-time book deal, and the money was better than I hoped for, but still not enough to support me full-time. It was validation, to be sure, and I worked hard to get here. It's been a lot of late-night writing and weekend writing and lunchbreak-at-work writing and editing from a folding chair while my kids frolicked on the beach during vacation.

And when my book hits the bookstores, it'll be worth every bit of it.

I'll be sure and buy myself a copy...on my way home from the day job.