Make Time For Your Kids - Individually 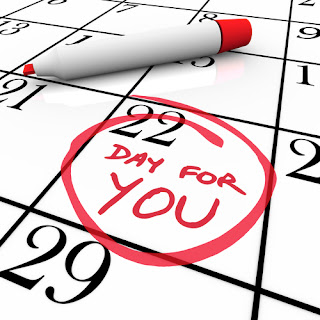 So we're trying something new, the ex and I. An adjustment to our parenting agreement, and so far, it's a good thing.

It all started with Anna, expressing a wish that we could just take the day off and play hooky every now and again. We had an incident a few weeks back that landed her in the E.R. for the day and even though the circumstance was lousy, we had a lot of fun, just hanging out. We talked and we laughed and we talked some more, and when she asked if we could just be the two of us again sometime, I realized that we never get alone time anymore. Not her and me. Not David and me.

If her father was still here, we could easily trade off so we got some time with each kid, but now they're shuttled together from me to him and back again, and they never get time alone with either of us.

This is critical for both of them. Anna's at an age where her life is whirlwind of new friends and social situations, and having a good, solid conversation about anything is next to impossible with her brother around. David's repetitive behaviors and stims are a constant interruption, and it's just easier for her to give it up and text her friends instead.

David, on the other hand, needs to be coaxed into conversation, something that's hard to do with a teenage girl playing YouTube videos on her phone or FaceTiming her friend on the other end of the couch. Conversing with David involves a lot of reading between the lines, and you need a distraction-free environment to really do it well.

So two weeks ago, we started something new. Their father normally gets them every other weekend, and one weekday night each week. For that weekday night, he now takes David one week, and Anna the next, leaving his weekends for both of them (since they do more family activities on the weekend).  So far, it's been terrific. Anna and I hung out and reconnected and watched a movie, and David and Daddy had pizza together and Dad learned the names of David's school friends. The next week, David and I talked about his health class and puberty, of all things, and Anna and her father discussed vacation plans for the summer and it was a good and healthy thing all around.

Your kids need one-on-one time. They need time with each parent, and they need time away from the other sibling. And I'm glad we found a way to make that happen before their childhoods slip away.