The Autism Parent Wish: "I Want To Have A Conversation" 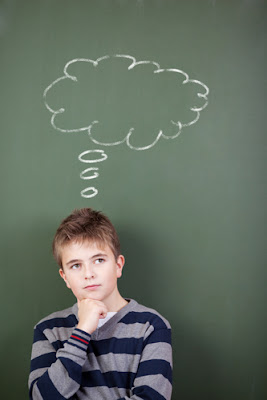 I came across this touching post by Erik Voigt on YouShareProject.com and he voices what so many autism parents wish: communication. Strong, direct, defined-as-we-know-it-to-be communication.

That last bit is important, I think. My son communicates with me all the time. Unlike Erik's daughter, David has a fairly good vocabulary. The problem is he doesn't use it like everyone else. He speaks to me in blocks of movie dialogue. He repeats inane questions or remarks over and over until you're teeth are gritting at having to answer him one more time. I love the boy to the moon and back, but some days (especially days when Mom has a writing deadline) it can be trying.

When I started writing my YA novel, I knew I was going to give my protagonist a sibling who was on the autism spectrum. There aren't a lot of books out there with solid characters on the spectrum, and when there is a character with autism, they're almost always Aspberger's (my son is not) which means they're very verbal and they're usually crazy intelligent almost to the point of superhuman.


I wanted to portray a kid of average intelligence and limited verbal ability - one who communicates, but not always in a fashion that fits in with social norms. Early in the process of writing, I was using my daughter as a sounding board for some of the plot ideas because she's a teen and she's crazy smart and creative, so her opinion is invaluable in this area. Since my story involves a girl who steps through mirrors into alternate realities, I thought it might be interesting to send her to a reality where her autistic brother was now neuro-typical.

So I asked Anna: "What would you do if you could walk into a different reality and you met David and he didn't have autism?"

She looked stumped a moment - the thought is boggling, it really is - and finally she shrugged and said, "I guess I'd just want to have a conversation. I mean, really talk to him."

I couldn't speak over the lump in my throat. Yes. I'd want to talk to him, too. Really talk.

He talks to me every day, but I know that we're both at sea, frantically lobbing messages in bottles at each other and hoping a few will land on each other's hands, and be understood. The rest swirl and bob around us in the waves and it's frustrating and exhausting for both of us sometimes.