Have You Ever Tried To Drive Someone Crazy? Or Had It Done To You? 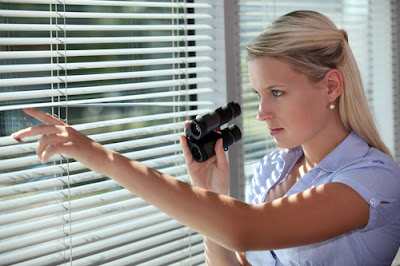 Years ago I worked for a woman I'll call Mary.

I hated Mary. And so did a lot of other people. She was nuts. I mean, quite literally, she was nuts. The problem was, Mary - while horribly unpleasant to work with and work for - was really, really good at her job.

Not so good that they couldn't replace her with a decent human being of normal temperament, though. Preferably that didn't scream at people like a vicious harpy and didn't demand that you do tasks in bizarre, anal-retentive fashion that created four times as much work for everyone. But for some reason, the higher-ups (who didn't have to interact with this woman on a daily basis) were blissfully unaware that she was a walking nightmare to her underlings (despite the intervention of HR on several occasions and them sending her to special "constructive communication" classes...)

Anyway, we loathed Mary. We really did. And since we all hated her so, we decided to have a little fun with her.

It was just little stuff, and nothing she could really prove. But we decided to gaslight the girl, and oh, was it effective.

We'd move stuff on her desk - just a little and only once a week or so. Or we'd adjust a picture frame, or rearrange a drawer.

We wiped her receiver on her phone with garlic oil. And then rosemary.

We changed the height on her chair every four or five days.

We mailed a card to her house from a mailbox in upstate New York (one of us had a friend who was traveling up that way and agreed to drop it for us). The  card was thanking her for the beautiful flowers and it was signed "Aunt Gladys and Uncle Bill", and it addressed her by a family nickname. She had no Aunt Gladys or Uncle Bill.

One day, someone got the brilliant idea to call her desk and conference in her alternate line. Then they hung up. Her monitor faced away from the phone, so by the time she picked up, she couldn't see that the call had been transferred. She couldn't figure out why her own line was calling her. We did that three times that day and she was switching between lines going "Hello?" "HELLO??"

My favorite was the car. We'd wait for her to go into a meeting and we'd swipe her car keys off her desk or out of her coat pocket, and then we'd move her car over a few spaces, or change it from facing in to facing out. Once, we took it to the gas station on the corner and topped off her tank, which was half full. That one really weirded her out.

Eventually, she pissed off the right people (or the wrong ones, from her point of view) and she got canned, but not before we added a whole new level of crazy.

I know, I know. It was petty. But it made working with her bearable and I have no regrets.

What about you? Have you ever tried to gaslight someone? Or had someone do it to you? I have to tell you, I was inspired to write this post after seeing this on social media today. Brilliant. Utterly brilliant.