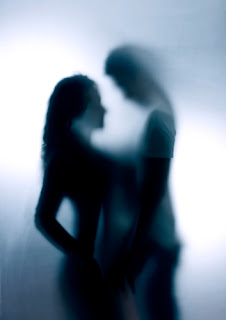 Yesterday was the anniversary of me losing my virginity.

I'm not going to say how many years, exactly, but I will tell you I was in college, and it was October 7th. I don't remember the date because it was so life-changing, or anything. I just have a weird mind that remembers obscure dates for everything.

I can tell you I graduated high school on May 24th and college on May 12th. I can tell you an ex-boyfriend's birthday was January 2nd, and one of my tenth grade boyfriends and I celebrated our anniversary on June 6th. I don't know why this stuff sticks in there...it just does.

I lost my virginity on October 7th, and he was a really, really sweet guy who was attentive and responsible with birth control and more concerned with hurting me than I was. It wasn't great that first time but it wasn't bad, either, and on our second round, we actually broke the bed.

Heh. Seriously, we did. It got even better with time, as we learned each other.

The thing I remember more than anything about October 7th was facing myself in the mirror later that night and wondering what the big deal was. Not because I was disappointed, but because, honestly - I was raised evangelical Southern Baptist and I guess part of me was still sure I was going to implode from the weight of sin upon my tarnished body and stained soul.

This is me, of course. Your mileage may vary, and that whole scenario may go against everything you believe in. And that's okay. You do what's right for you.

I know girls who had regrettable first encounters, due to alcohol, or uncaring partners, or because of a need for acceptance or validation, or because of other, sometimes horrific circumstances.

That wasn't my experience, and I never really reflected on just how lucky I am that it wasn't.

Of course, now that I'm divorced and too terrified to date, I tell my friends I've regrown my hymen and it's now teflon-coated. I wouldn't be surprised.

Sooner or later, I'll find a good guy again; one who's attentive and  treats me right and maybe the sparks will fly again. Only now I've lived alone as a homeowner long enough that I now know how to use a screw gun.

I can fix the damn bed.