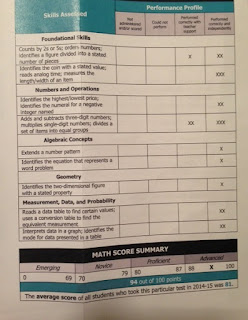 "He's ready to mainstream in with his peers," they'd said.
He was five and I was terrified
And then he was six and seven and eight
And nine and ten and now eleven-almost-twelve
And every year, there are less x's on the left
And far more on the right
In Math, in Reading, in everything
And I marvel
Then I tell myself I shouldn't
He's only doing what he knows he can do
I'm the moron who's surprised by it
He's amazing
And I'm just along for the ride
By Ellie DeLano - September 16, 2015