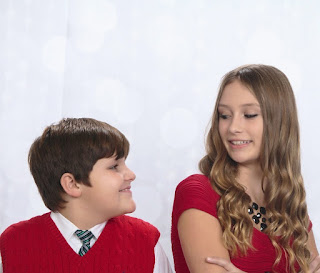 This morning, I read a poignant and heartfelt article about adult autism by NY Times contributor Eli Gottlieb.

And I sat there, staring at the monitor in silence, not really sure if I could put into words (as he so beautifully did) the alternating feelings of fear and relief I feel knowing that my son has a sibling. And not just any sibling - this is Anna. Smart, beautiful, loyal, caring (if sometimes stubborn and infuriating) Anna.

When David's father and I are gone, as someday we must be, if he still needs assistance in his day to day life, I know that somehow, Anna will come through.

And the truth is, first and foremost, that I don't want Anna to have to come through. I don't want that for her at all. I want her to have a wonderful and sustained life-long relationship with her brother but without the obligation of his care.

So I'm doing everything I can, while there's still breath within me, to make sure that doesn't happen.

But even I know it's an uphill struggle. In this state, once David is eighteen, he's no longer autistic, as far as they're concerned. There is an incredible lack of programs for adults with this disability, and sometimes I look at David's issues and wonder if he'll ever be able to make a living wage.

And if he is lucky enough to find a job that works for him, what happens if he loses it? Or if he becomes critically ill or physically disabled? What if - God forbid - something happens to Anna and he's all alone? Oh God, the mortal terror of any of those scenarios. I cannot even begin to describe the depth of it.

Then I remind myself that this is David, and everything I've been worried about him not being able to do he's done. Every single thing.

But still, the question remains: What will David's world be like, when I'm no longer in it?

It's no exaggeration to say that David is not only bound by apron strings - they're more like chains. And most of the time, I'm the one trying to pull him free, make him take chances, get more independent.

David has told me many times that he's going to happily live with me forever. I know without the slightest hesitation that there is no one in the world he'd rather spend his time with than me, with Anna second and his father slightly after that (and only because I'm the custodial parent, therefore he sees Anna and I most). My death is going to have a huge and significant effect on David someday, and all I can do is try to front load enough life lessons to help him (and Anna) through.

Which, I suppose is all any parent can do. Try to impart some wisdom and guidance, try to encourage laughter and loyalty and love, and then leave the earth and know that they're going to be all right.

They will be. And not because of me. Because of them and who they are. I'm just going to do my best (along with their father) to make sure the journey to "all right" is as smooth as we can make it.

And I hope they'll make it together, freely and with love.