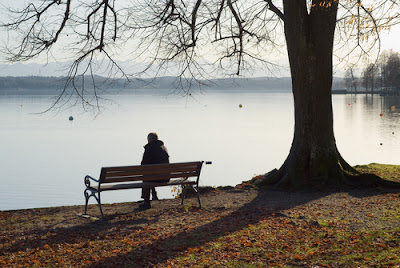 At the time this was pointed out to me, I found it alternately hilarious and pathetic. For creep's sake - I'm known on the internet as a lonely woman! If you Google "amazing, witty, more-than-moderately attractive women who actually like brussels sprouts" I'm nowhere on there. It figures.


I know, I know...I wrote a blog post or two about being lonely, and because I had good traffic at Woman's Day and on my own blog, there I am in the results. It's all just numbers and algorithms and stats.

But it's also a reminder to me that this isn't what I wanted for myself. It really isn't.

Not long after my husband left, I reconnected with an old friend via Facebook. It had been nearly a decade since we'd last seen each other, and at the time she and her husband had been headed to divorce. We sat down for lunch, catching up, and I asked her if she was currently dating anyone.

She smiled, but it didn't quite reach her eyes. She said she was keeping busy with her kid and work. Now she just kind of relaxes on her kid-free weekends and does a lot of reading. She did say there was one divorced dad that helped coach her son's team that she was crushing on, but she'd been crushing for a couple of years now and he never noticed her.

I looked across the table at her  - still relatively young, still in good shape, still attractive, and I thought to myself, "Oh please, don't let me be you."

And here I am, five and a half years after he walked out the door and I'm her. I'm her, but unlike her, I'll come right out and tell the world I'm lonely. And my good friend Google will make sure it's there for me to see. 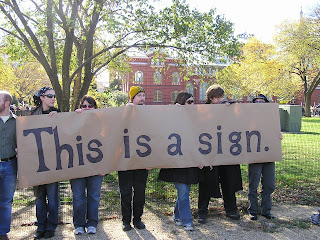 I've got to be the person who drives my own life, instead of the chick in the back seat whining about when we're going to get there.

Now somebody just tell me how I'm going to get over myself and do that, please.

Email ThisBlogThis!Share to TwitterShare to FacebookShare to Pinterest
Labels: Dating and Relationships, Divorce