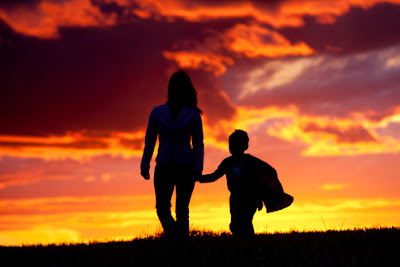 I'm going to start today with a video. This is D.L. Hughley, former star of the reality show "The Hughleys" and "The Original Kings of Comedy," and father of a son on the autism spectrum.

He recently opened up in an interview with Oprah Winfrey about an incident that for most parents of a young adult would be of little or no import - he let his son pump gas at the gas station. For those of us that know the absolute terror felt by a child with autism at trying something new, or the fear we have as parents, trying to find the line between safety, independence and comfort...well, I'll just let him tell the story:

"You're going to be all right."

Oh, the weight of those words.

And like D.L., I have many, many times underestimated my son, and what he can do. What he chooses to do despite his fear, or his frustration. My son is a living, breathing reminder to me every single day of the rewards of perseverance.

Every single time he conquers, or masters, or even just attempts (and fails, and attempts again - as he always does), it's one more little reassurance, to him and to me, that's he's going to be all right.

He's going to be all right after I'm not here to watch over him anymore.

The relief of those six words. The joy of them. The pride of them.

My son made his own grilled cheese sandwich for the first time last week, and I had to go in the bathroom so I could shut the door and cry. It's only a sandwich to the rest of you, but to me -and to him - it's one more piece of independence. One more step toward that goal.

One more thing that reassures me: he's going to be all right.