Here's A List Of Stuff You Will Never, EVER See Me Eat

It's a true fact that you will never, ever see me eat anything with the word "brains" in it - no matter how much I love watching Andrew Zimmern do it on TV.

You will also never see me eat: liver (any animal), fat (cut it off all my meat), skin (same - even breaded and fried), persimmons (hate 'em), most stuff with curry or rosemary in it (too overwhelming), and virtually all seafood. I have a handful of seafood-ish things I'll eat but they're generally battered, fried and swimming in malt vinegar or cocktail sauce with horseradish. I don't do sushi with fish in it. Bleh.

Those are my personal preferences, of course, and your mileage may vary. However, I think we can all be in agreement about some of the following things:

We'll start with an oldy but a serious goldy. The commentary on these is one of the funniest things I've ever read on the internet. These are the 1974 Weight Watchers Recipe cards, courtesy of candyboots.com: 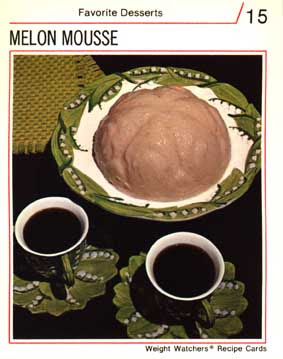 You can find the gallery of cards
(and hilarious commentary) here.


You'll also never find me eating a whole chicken in a can. 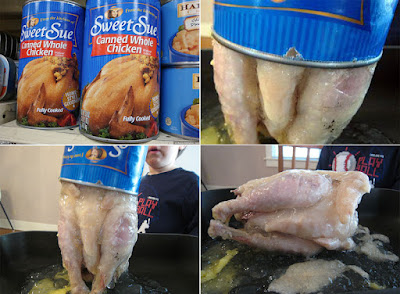 (Try to supress the full-body shudder on that one...) 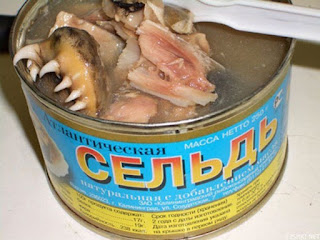 And speaking of nasty stuff in a can, let's give it up for the people who attempted the Cheeseburger in a can challenge:

And after that bit of unpleasantness, I'll leave you with The Gallery of Regrettable Food. You're sure to spend several gag-inducing hours there, among tasty dishes like these: 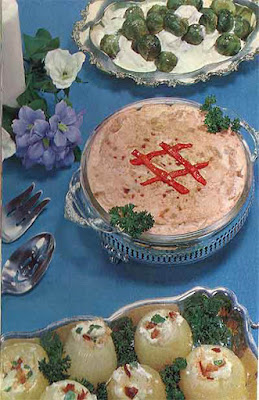 Now is a great time to start that diet, doncha think??