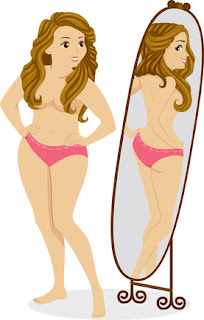 Yesterday, I was on Reddit and somewhere in a thread about something or other, someone got into a discussion about fat and/or unattractive girls on OK Cupid. I'm not going to quote the guy exactly, but the jist of his comment was that OK Cupid is a meat market (as are a lot of the free online dating sites vs the subscription ones) and fat/ugly girls always put "I'm not looking for a hookup" in their profile. He very scathingly pointed out that as a fat/ugly girl, she shouldn't be too picky.

And of course, Reddit has a largely male, largely young demographic, so the discussion devolved a bit into hookup stories and stories about fat/ugly chicks who were too snobby for the way they look. I didn't jump in because honestly, I'm just so tired of it. And these guys are clearly assholes or trolls so whatever.

But it is irksome. I've been a hot girl and I've been a chubby girl and I've been somewhere fluctuating in between and yes, it's true that when I was heavier, I didn't get as much attention. I got dismissed a lot more. I got called ma'am instead of miss. And I had guys who assumed I'd hop on anything just because there wasn't a crowd of men willing to hop on me at that moment. And when I was ready to date again, the first thing on my agenda was dropping the extra weight to give myself a better stocked playing field. And getting healthy. But mostly, I wanted to be sexy again.
.

I'ts fine if you're not attracted to fat girls or chubby girls or curvy girls or girls with big noses or glasses or big foreheads. It's perfectly understandable that a man will choose Jennifer Lawrence over Rebel Wilson at first sight. We've all got our preferences.

My first peeve with this guy's comment is the assumption that a fat or ugly girl isn't allowed to be as picky as he is. Like her unattractiveness (perceived or otherwise) automatically disqualifies her from having any sort of standards or preferences herself. If he's willing to lower himself enough to pay attention to her, then she should immediately unlock the gates to the citadel and allow him free passage, dammit.

I want to add, I'm using he/she interchangeably here. Women do this to less than attractive and fat men, too. Sure, there are unattractive girls with unreasonable expectations who dismiss guys for not looking like Channing Tatum, but there aren't many of them. And guess what? Just because their expectations are unreasonable doesn't mean they're not allowed to have them. They'll either get really lucky someday, or really lonely and realize that the average guy at the end of the bar is worth some time and effort.

My second peeve with the whole "Unattractive women shouldn't be so picky" line of thinking is "Why are you assuming she wants to marry you?" Like there's nothing between casual sex and permanent, lifelong commitment. I totally understand not reaching out to someone you feel no attraction to in an online dating forum. You shouldn't be on a dating site if you're not interested in actually dating someone. Go to Tinder if you're looking for a hookup. But if you're ignoring that not-up-to-your-standards chick who's standing next to you at a party or leaning on the bar, you're automatically assuming that she's wanting to date you and God forbid, potentially marry you, and that's pretty damn arrogant.

Louis CK has a wonderful clip about this on his show (warning: language) that addresses this kind of arrogance. The assumption that every fat/ugly girl wants you (and wants forever with you) because they don't currently have somebody, and that means they'll take anybody.

Why can't we all just be nice to each other? Why can't we all respect that we're all human beings and nicely (nicely!) let our preferences be known and respect people's choices. That means no telling ugly or fat people they're not allowed to be picky. That means no telling someone who isn't attracted to you that they're an ass for not being attracted to you.

And above all, that means seeing someone as a human being and actually engaging them from time to time, just for the sake of good conversation and getting to know another person and their point of view.

Dustin Hoffman speaks to this very poignantly in this clip, where he discusses his work on "Tootsie" and the revelation he experienced regarding women after he took on that role.

We all do this, to some degree. And we need to think about that.

We really need to think about that.