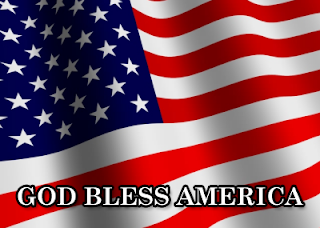 Don't talk about him much - at least, not in the internet.

So I don't do it often. I'm the same way on my real-life Facebook page, as well, but that's because my friends list is half people I went to high school with - the majority of whom are mostly conservative, with red state type views. The other half are friends I made in college - and I was a theatre major, remember - so they're nearly all very liberal and open. The friends I've made since college range a bit more but mostly lean left.

To put an absolute opinion down about religion or politics on Facebook would most likely lead to a raging flame war in the comments and a mass of unfriendings, and really, I don't think that's what Facebook is for. It's for fun. It's for catching up. It's for celebrating accomplishments.

And in that spirit, I celebrated the accomplishment of a family member last week, proclaiming my support for them, and for their choice to care about someone who happened to be of the same gender.

I've made no real secret of my support for marriage equality, and on my friends list, I have many strong people of faith who support it as well. I believe that love is love.

So I was more than a little surprised when, after posting about my support for this family member, I got a private message from an old acquaintance. I haven't seen this person in the flesh in over a decade, but we found each other on Facebook a few years back. She doesn't post often, and she seems to be doing well. She's deeply religious now, something she wasn't so much before - and that's great that it's working for her.

She messaged me and it was so long, I had to scroll down four times on my phone screen to read it all. She told me, in no uncertain terms  (and not unkindly) that having a relationship with someone of the same sex was a sin, since it wouldn't be within the confines of marriage between a man and a woman. She also told me, more than once, that she hoped I didn't hate her for saying it, and that she hoped I could see beyond my hate to God's words.

And all I could think as I read it was, "Projecting much?"

I don't hate her. I truly don't. I recognize that for her to write me, after not seeing me for all these years, meant that she had a very real burden on her heart, born of a very real concern for me and my family, based on her deep and abiding faith. She wasn't trying to point fingers, or lecture, or proclaim herself better than me. She was trying to help me, or so she thought.

So I didn't answer her. I didn't write back that I felt sorry for her, and that nothing she said changed my mind. I didn't send her that video clip from The West Wing where the president lectures the radio show host about archaic rules from the Old Testament. I didn't remind her that Jesus never said a word about homosexuality in the bible. And you know why? Because it wouldn't have changed her mind, either. We just need to respect each other enough to agree to disagree.

So I did something that I have never done before in all my years on the internet. I unfriended. Because I can't feel comfortable sharing with her now, not anything. I can't feel like she looks at me and my family and sees anything but a bunch of people rollerblading around a funnel that leads straight to hell. And if she had the cajones to send that message in the first place, after all these years (and after I made a point to publicly proclaim my wholehearted pride in the family member who prompted her message), odds are she'll feel like she's honor-bound to comment on the next "issue" or the next, or the one after that. Because the burden on her heart won't permit her to just let it go.

And that, folks, is why I don't talk about religion or politics much. Because there's always someone who can't just shake their head and scroll on by.