Fun For A Friday - Ten Great Moments Of Laughter 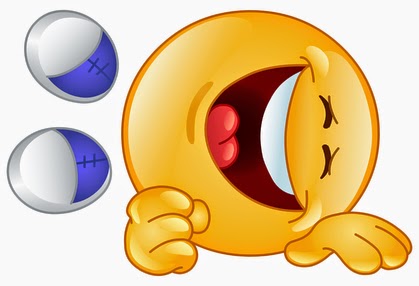 Today, we're going to laugh. A lot! Laughter is contagious, so here, get a snootful and don't forget to infect the world!

We'll start with one of the greatest movie laugh scenes of all time - Tom Hanks in "The Money Pit."


And this guy proves that laughter is a universal language:


Here's one of my favorite laughing baby videos:

This one just gets better the longer it goes on - see? Laughter IS contagious!


Jimmy Fallon and Bradley Cooper remind us that sometimes, inappropriate laughter is the best kind of laughter. They really get going around the 1 minute mark:


Oh, you like the celebrities, do you? Just watch Anderson Cooper try to hold it together after this cutting edge report! (He loses it at about 1:40):


This is my local news team, and they are all kinds of fun. Especially when they have a guest with a decided lack of IQ:

Is there anything funnier than a British game show host trying to keep it together on air? Those British....so stoic!


And we'll end here with one of the greatest laughs in the history of the world - a laugh so good, it takes over a comedy show: