Ten Kinds Of Toxic People That You Should Avoid 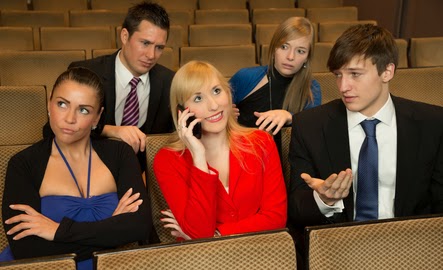 Anna and I were having a discussion yesterday and of course, she's in middle school so there's a metric buttload of drama encircling her on a daily basis. One of her schoolmates is making her crazy because she's so possessive of her boyfriend. She won't allow him to have any friends at all. All of his time and energy must be directed towards her.

We talked about how this is low self-esteem at it's worst and I told her that for future reference, anyone who tells you that you have to shut down the rest of your life to be with them should be an immediate red flag to you, whether that's a friend or a romantic interest. This led to a rather spirited discussion of other "red flags" and I decided to put together a list.

If you see yourself on here, stop doing this stuff. Seriously.

1. The "Everyone's an asshole" person. If you've only lived next to asshole neighbors everywhere you've moved, if all your former employers were assholes who were out to get you, if you can name on more than one hand the former friends who were total assholes and treated you like a pariah - the common denominator there is you. You are the asshole in the equation.

2. People with a victim complex. This goes hand-in-hand with the aforementioned assholes. If you're constantly broke because of your bad decisions, if you lost your kids because your ex proved to the court that you drink too much, if you didn't get that promotion or worse, lost your job because you call out a lot or come in late - in short, if you're always in bad situations due to circumstances you directly could control, you are not a victim. You are careless, and irresponsible. Own up to it, and get over yourself.

3. People who talk all the time about how nice they are. They usually aren't. Nice people don't like to talk about themselves. And they don't talk - they do.


4. Anyone without an allergy or previous related trauma situation who truly hates cats and/or dogs. It's one thing to not particularly want the burden of a pet, but it's another to put out poisoned food for the feral cats wandering the neighborhood or talk about shooting the neighbor's dog when it barks. That's just...concerning. And not a good thing.

5. Anyone who says "I don't care about the facts." You should never embrace ignorance, ever. If you disagree vehemently with something, then you have an even greater obligation to learn as much about it as you can, I think, and from a variety of sources. Curiosity is one of mankind's greatest gifts, and it should be encouraged. Learning should be a lifelong adventure.

6. People who treat waiters, sales clerks and service staff poorly. I spent eight years in retail management after college. After a few weeks, I could see the jerks coming from a mile away. They have a way about them, a self-entitlement that they love to fling around. And they don't just talk to sales clerks like that - it spills over to their spouses, kids, friends, and probably everyone else. I tell my daughter that if she's ever out on a date and her companion treats the waiter like dirt, she'd better get ready to receive the same treatment, eventually.

7. Racists and Bigots. 'Nuff said. No brainer. Move along.

8. "If you can't handle me at my worst, you don't deserve me at my best" people. You know the ones I'm talking about. The girl who brags about being a bitch, or a high-maintenance Princess as they text through the movie at the theater. The guy who says "F--k yeah, I'm an asshole and proud of it!" as he smokes in his non-smoking hotel room or parks in a handicap spot when he's able-bodied. They're fiercely proud of being jerks and expect everyone to just smile and indulge them because they're outspoken, or occasionally funny, or pretty. Nobody gets a pass to be a jerk. Nobody.

9. People who avidly gossip. I'm not going to tell you I've never gossiped. I think we probably all have, on occasion. But the ones who seem to have all the dirt, all the time, are the ones you want to keep at an arm's length, because no one is immune - and that means you, too. Don't for a minute think that just because they're sharing a confidence with you, they won't share one about you, too.

10. Interrupters and One-Uppers. I am embarrassed to say I speak from personal experience on this one. I used to be a horrible listener. Not only did I interrupt, but I often did it to tell you about the time that happened to me, but only better. Or worse. Or longer, Or much more interesting-ly. Or so I thought. Then I saw an article about people who did this and realized - oh crap - that's me! I'm a horrible listener! I made a real effort to stop doing this because it really is a selfish thing. "Hi! I'm gonna take your moment and make it mine because I need the attention more! And my story's better anyway!" It's rude. And I learned that when you shut up, you get to hear all kinds of wonderful things. I still pop in with a related anecdote from time to time, but I made sure I wait until the original speaker has made their point, and I also make sure what I'm saying is really relevant and at times, necessary.

That's my short list of "People who make my eye twitch." What are some of yours?