If You Love Someone, Let Them Go....To The Restroom 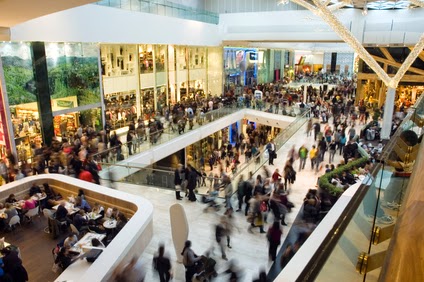 I woke from a very odd and very frightening dream this morning.

I had been in a crowded shopping mall with David, and we had finished our shopping for the day. I told him it was time to go, and he told me that he wanted to drive his own car home. Only he sort-of mentioned it while I was looking at my phone, checking Facebook, and I just smiled and nodded and told him okay, half-paying attention.

By the time I'd registered what he'd said, he was gone.

I searched through the crowd but there was no sign of him. And (again, this is a dream) I was terrified because (a) he probably wouldn't remember where he even parked his car and (b) I knew he would never be able to drive home - he didn't know the way.

Nevermind that he's eleven, that didn't come into play in the dream at all.
Then I began to freak out, I mean really, really freak out, stopping people left and right, asking if they'd seen him, trying to find a security guard. I had to stop him before he got in the car and tried to drive home. Oh God, why didn't I buy him a cell phone when he asked for one?

I had a vivid mental picture of him, pulled over on the side of the road God-knows-where, out of gas, frightened, confused, open prey for anyone who wanted to take advantage of the situation. The fear was choking me, quite literally choking me.

I stumbled blindly through the mall, pushing people as I went, sobbing and so very angry at myself for not paying closer attention. And then I woke up, with my heart still pounding and tears running down my face. I got right out of bed and ran to David's room, and then I slid into bed next to him and wrapped my arms around him and remembered to breathe again.

Freud would have a field day with me, I know.

Welcome to the nightmare fuel of every Mom, but especially every special-needs mom. How much hovering is too much? How far is too far to protect a child that isn't going to be as protective of himself as his peers and siblings?

You ride the fine line of helping them push out of their comfort zone and grow but not letting them burst like a bottle rocket out of your comfort zone.

David was ten before I let him use a public restroom by himself. Even now, when he goes, I stand nearby. If we're at the food court in the mall, I'll switch chairs at the table so I can see the entrance to the restroom. I want to see who's going in after him, and I want to make sure he doesn't get his attention snagged on the way out and get turned around and forget where we're sitting,

For the record, he's never done that. He always knows how to find me. I'm just not ready to let go of that one yet.

I'm not ready to let go of him yet. Even though I know I have to. I have to not only open my arms but on most occasions I have to push him out of them, so the he can grow and experience and do and be.

And when each adventure is done, he knows where to find me. I'll be the one with the open arms.