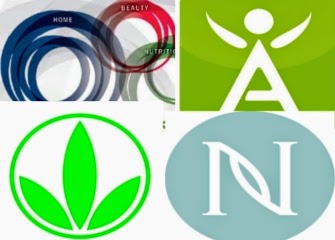 For some reason, everyone thinks I'd be a great salesperson.

Maybe it's the fact that I worked in sales for many previous years before the current career, and I was really, really good at it. I was a theatre major, after all. I can make you believe anything about anything, and I'm really good with words and improvising and thinking on my feet.

So yeah, I can sell. I can sell the hell out of just about anything.

But here's the thing: I hate it. I mean, I really, really hate selling anything to anyone. Really. I feel like a piece of my soul dies every time I do. I'm an introvert at heart, and this goes against my nature in a huge way. I might be good at it, but I would rather spend my lifetime carrying a pooper-scooper at an animal park than have to sell for a living again.

But of course, most people don't know that. They only see the fun persona, the wacky sense of humor, the glib words, and they assume...


That I would LOVE to be let in on the ground floor of this amazing product that's going to make us both rich! And they assume that I'd love to sign up just a couple of friends (because of course, they want to be rich, too!) and get them to sign up a few more, and before you know it, we're all kicking back on an island somewhere, just a bunch of #livingempowered #bossbabes reclining against a pile of money.

Back in the nineties they were called "Pyramid Schemes" but that became to derogatory and now they're called "Multi-Level Marketing" or MLM companies. And to be fair, MLM is a perfectly legitimate business model that can be somewhat lucrative to those who get in early, work their asses off and have a lot of friends who believe what they're selling.

I just haven't met any of those people. Instead, I've known a whole lot of people who would have been far better off putting their time, talents, and most of all money into something a lot more stable and rewarding. Some made decent money early on, watched it peter out, and still have a bunch of product sitting in a garage somewhere. Some were in the negative from the beginning and it took months, or worse, years before they stopped repeating the empowering slogans and really took a good, hard look at their profit margin (or lack thereof).

I've lost a friendship to Amway, got called a "shortsighted bitch" over Rodan & Fields, and nearly gotten into a fistfight over Isagenix. And I'm still getting recruited all the time for this stuff. I've learned how to politely thank someone for thinking of me, and I tell them it's just not my bag and I need my extra time free to write, which is true.

Thank God, it's true. Because I'd rather do lots of stuff than take part in anyone's MLM ever again. Stuff like:

I'm just a girl who never puts the laundry away and watches too much Netflix. And if any of my friends want to be in on that action, I'm all ears.