The Story Of The Insanely Creepy Doll

A few years back, I got a call from an older second cousin on the ex's side of the family whom I absolutely adore. She invited me to come and visit her because she had a few large boxes of clothing that she wanted me to have for my kids. She'd bought it all for her grandkids, so they'd have their own wardrobes at her house, and they'd since outgrown it all.

Free clothes? Sign me up! And these weren't second-hand or Wal-Mart duds, either – this was name brand stuff, Justice, The Gap, Express, The Limited Too…it was awesome
.
Along with the clothes came toys – but these were all things she'd dredged out of the attic from her kids teen years. There were Linkin Logs and Legos, both timeless toys, there were board games like Sorry and Yahtzee, and even "Mystery Date!" Wow!

And in among the toys, at the bottom of the bin (of course) we found…..the doll.

Holy God, we found the doll. 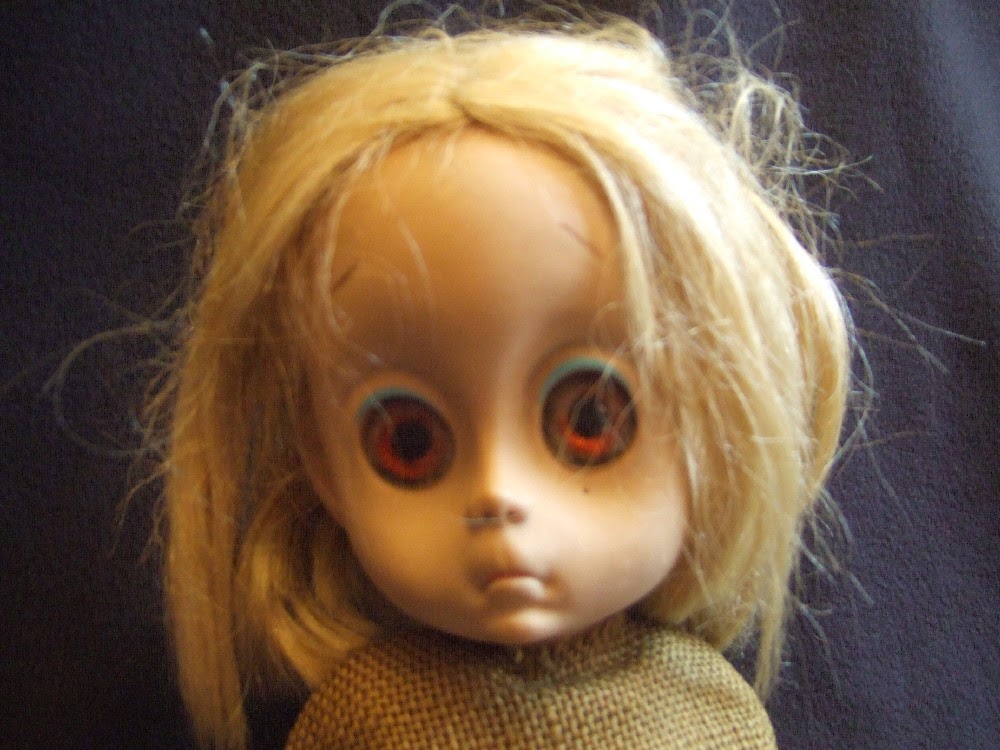 Her creepy, soul-less eyes stared up at us, and I felt as though my soul had been pulled from my body. She's reaching through the screen now to take yours, isn't she? ISN'T SHE??

It turns out the doll is a collector's item. She's "Little Miss No Name" and she used to have a plastic teardrop where that hole is on her face. She's still wearing her original rag dress, too. 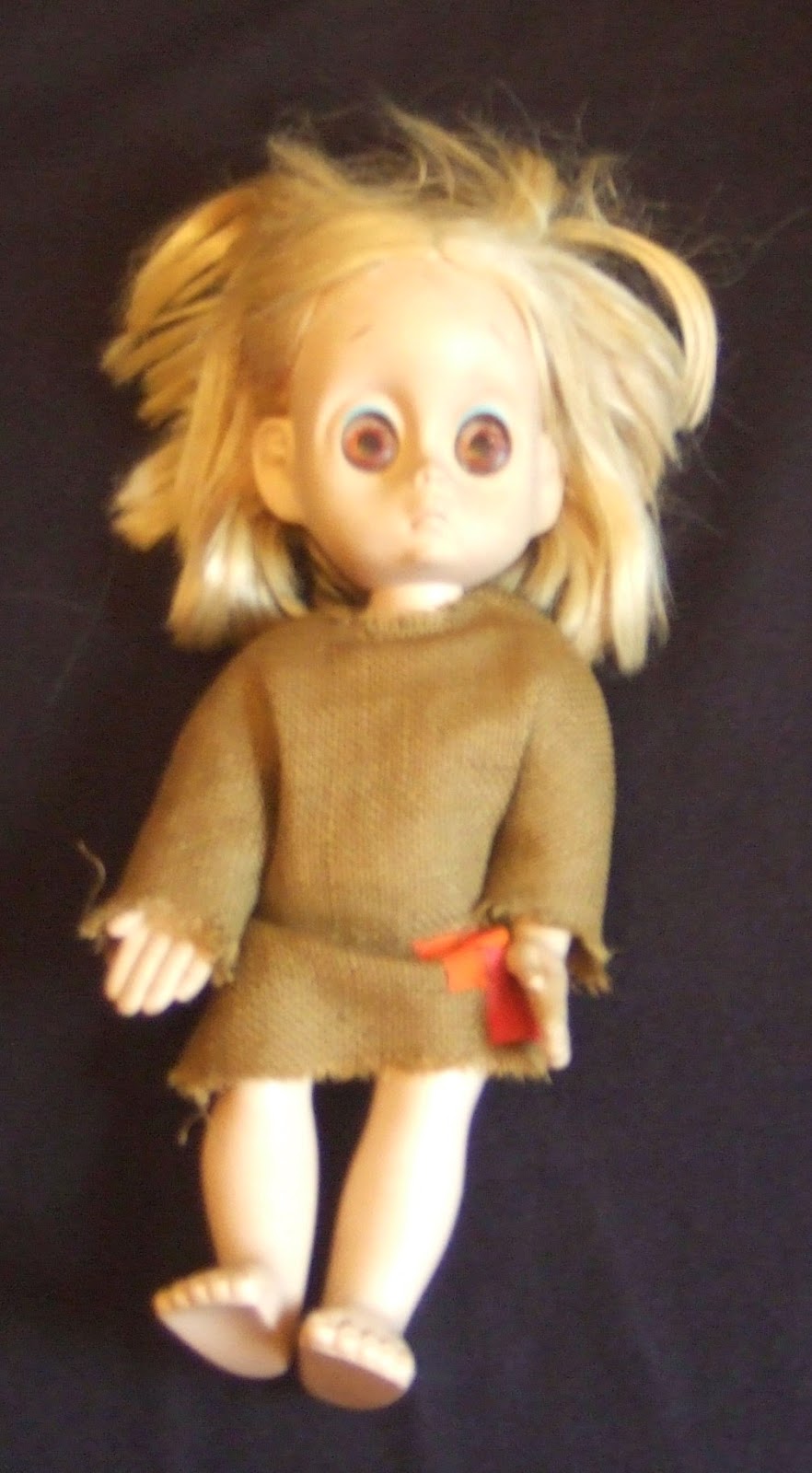 What kind of parent would give a kid a doll like this???

I left her in the garage, and I had a hard time sleeping at night, sure I was hearing the pitter-patter of little plastic feet. I can't imagine being five or six and waking in the night to find this thing leaning on the pillow, with those enormous demented lemur eyes boring into my skull.

I ended up packing her up and mailing her to a rather unbalanced friend of mine who'd expressed an interest in having her.

Come to think of it, I haven't seen her on Facebook much lately. It's possible she's been brutally murdered. Jacqueline, if you're reading this and no one's holding a tiny knife to your throat, check in
.
All I know is I could breathe again once this thing was gone. We still talk about her in hushed tones. Very, very hushed tones.

Have you ever been given a really creepy gift? Tell me about it!
By Ellie DeLano - March 05, 2015

Email ThisBlogThis!Share to TwitterShare to FacebookShare to Pinterest
Labels: Memories