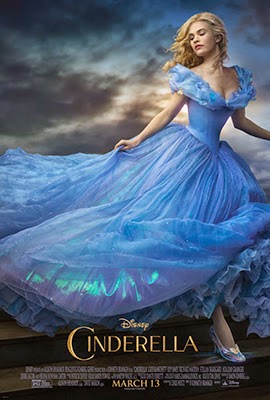 As soon as my son - lover of all things Disney or Pixar - saw that they were doing a live-action Cinderella, he wanted to go.

So Saturday was deemed the day, and away we went, running some errands beforehand, looking forward to dinner and a fluffy, happy movie.

Except fluffy and happy sort of took a backseat to grumpy and autistic. I had a real fear we were going to have to leave and not get through the movie, but my fears fell away as the movie began, and I watched my son drop his borderline meltdown behavior and become completely and utterly entranced with the rich colors, the scenery, and the costumes, oh, the costumes:


It says a lot about a movie and its costumer when you can honestly say the costumes were the most memorable thing about it. I'm not going to walk you through the story - we all know it and they stay true to it.

The performances were, for the most part, bland and forgettable. Cinderella is lovely (my son now wants to marry her with a fervor that's mildly disturbing), but her prince looks like he's twenty years her senior, which is just kinda....icky.

The stepsisters were adequate, as was the king and everybody else who blends into the magnificent scenery. The two bright spots were Cate Blanchett, who was exemplary as the Stepmother, and Helena Bonham Carter as the wonderfully ditzy fairy godmother.

Beyond that, honey, it was all about the dress. Not even the glass slippers could hold a candle to that dress: 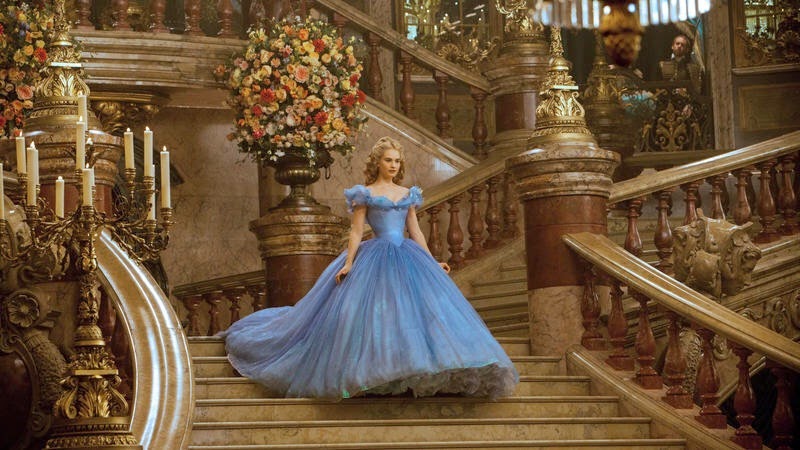 And when the fairy godmother waved that wand and she swirled and twirled as the dress settled around her, there was an audible gasp from every kid - and several adults - in the theater.

Seriously, folks....it was jaw-dropping when she danced in that thing. 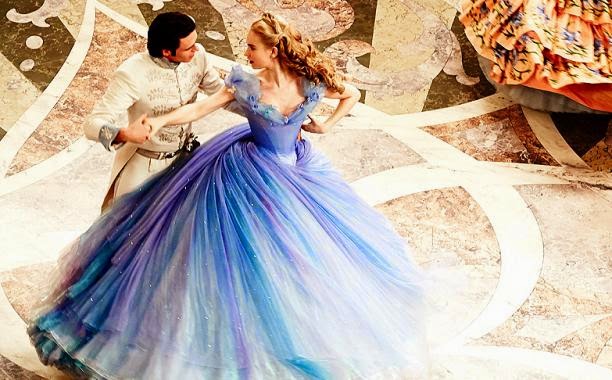 So here's my tepid, begrudging thumbs-up to a bland but beautiful movie. It captured  my kid from beginning to end, and that pretty much says it all.