We open today with our formerly evil queen meeting up with the three big baddies at Granny's. They had to change Ursula out of the prom gown so she would fit in the booth, I guess and Maleficent looks amazing. Cruella's drinking, which I guess is her schtick.

Flashing back to the Enchanted Forest, we see young Regina fuming over Snow White and reading Maleficent's spell book which she found in her Mother's things (and don't for a minute think we won't get to the bottom of that story...). Rumplestiltskin shows up and oh, first season Rumple, how I've missed you. Regina's all impressed by the way Maleficent can turn into a dragon. Rumple tells her to wait and let her magic mature, but Regina is determined to put herself on the fast track. She seeks out Maleficent, spell book in hand.

Back in Storybrooke, the Charmings let Emma in on the plan to send Regina undercover (which they conveniently forget to mention is their plan). Emma is understandably hacked that they left her - the most qualified person in town to go undercover - out of the plan.

On the other side of town (which is all of, what...six blocks away?), the mistresses of mayhem are playing "Dont be a hero" on the train tracks to test Regina. She loses because she poofs them to safety. I gotta say, I love the idea of four unbalanced evil (or semi-evil) women cruising the town. Too bad so much of the man-candy is gone or spoken for. Could you imagine Sheriff Hunksman getting Fifty-Shaded by the four of them? 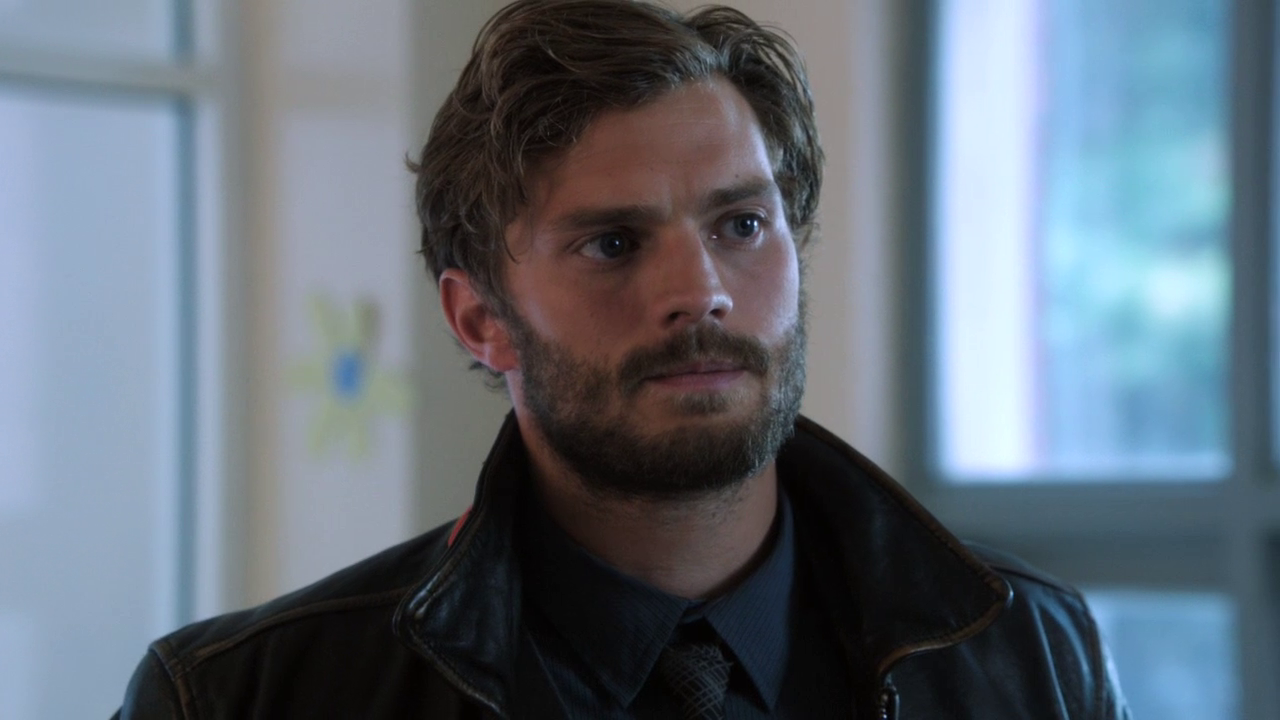 Excuse me for a moment. I'll be in my bunk.


Okay, I'm back, and Henry is perusing the book for clues with Belle giving him a hand. He points out the magic door again, sure that it has something to do with the author.

We also find out that Regina and the girls trashed Granny's place and one of the Sheriff's cars to boot. The Charmings run into Regina who tells them to stop meeting in broad-freaking-daylight. The big bads apparently know a big, big secret, and Regina's on the verge of uncovering it.

Which sends us back to the Enchanted Forest with nervous and tentative young Regina (and oh, I have such a soft spot for tentative young Regina, don't you?). She's completely taken aback by a pathetic and bedraggled Maleficent, who's been drugging herself with watered-down sleeping curse. She lost her fire when King Stephan effed up her life by undoing her sleeping curse on one Briar Rose with that meddlesome "True Love's Kiss."

Zooming forward to present-day, the big bads find Rumple to tell him Regina wants to join the party - well, two of them do. Ursula must be fading into the woodwork - there's a lot of that going on in Storybrooke this season. He's not sure he trusts her yet, either, but he's intrigued by the idea of Regina. He tells the girls that he's going to be firing the first shot in "the war" that very evening. Ooooooh.

Back to tentative Regina, who gets word regarding the wedding of Aurora, the beloved daughter of Briar Rose. Regina hurries back to Maleficent, trying to light a metaphorical fire under her because it's just not damn fair that another sweet-faced princess is getting her happy ending. She offers to help Maleficent get her fire back.

And in Storybrooke, Maleficent clues Regina in on their plan to upend the story book, and the fact that Rumple turned them on to the possibilities. Mal lets Regina know she can prove herself by doing a job.

Regina scurries off to a clandestine meeting in the library with Snow and David, only to see with dismay that they brought Hook and Emma. This leads to this week's winning line:

Emma says she's coming along on project Mongoose and Regina tells her no, but to no avail (and with no apparent objection from Killiam. WTF?) Emma follows in David's truck (which is slightly more blend in-able than a yellow bug) and Reg and Mal head off to do their dastardly deed.

Raise your hand if you'd watch a detective show called "Reg and Mal." Or how about something catchier like "Apples to Dragons?" Seriously, can you see it? Kick ass outfits, fighting crime with delicious evil....oh, the possibilities!

Next we see Belle and the Knave on a date, interrupted by - of all people - Killian? He's there to talk to Belle in private. He's concerned that the big baddies are out to get the dagger, and he suggests that Belle put the dagger somewhere they'll never find it. Of course he, being a pirate is the likely choice for burying treasure. Belle agrees and off they go.

Across town, Mal wants Reg to kidnap Pinocchio and question him "forcefully" as the next part of their diabolical plan. She accuses Regina of going soft and asserts that she can only prove herself by child snatching. Regina reluctantly does just that.

Emma tracks Regina down and she lets Emma know that Pinocchio was the target (and she calls Maleficent "Mal!"). She vows to keep Pinocchio safe and says they have to get to the bottom of this. Emma reluctantly agrees (after pointing out, finally, that everyone on the damn show is lying to her now). Mal shows up and says "It's good to have you back," just before Regina tosses her cell phone so that Emma can't trace her.

Meanwhile, back in the Enchanted Forest, Regina takes Maleficent the bedraggled back to the ever-burning tree in the hope of re-igniting her inner fire, but it's not looking good. Prince Stephan shows up to piss on Maleficent's efforts, mocking her.

Regina can't stand it anymore and starts lobbing fireballs - or rather, fireball, but that can only last so long. When her magic runs out and her life is in danger, Maleficent finds her mojo and gets her fire back, turning back into a dragon and taking off for the skies and then, the castle.

And there's Aurora, getting ready for her royal wedding. Maleficent shows up and puts her under the sleeping curse as Regina looks on approvingly.

Flash forward to Storybrooke, where Belle takes the dagger from its hiding place and gives it to Killian. She's got a terrible feeling the Rumple is already here. Killian suggests that she use the dagger to command him to show himself, and UH OH. When she says "Come and face me" Killian turns his face to her.

Rumple, you sneaky, sneaky bastard. Belle drives off, satisfied that Rumple is still out of Storybrooke, and Killian poofs away to reveal Rumplestiltskin, grinning like a grinch and holding his beloved dagger, with all its power returned to him.

Belle, you are (as Will Smith likes to say) the dumbest smart person I have ever known.
Rumple returns to his shop as Killian again, reassuring Belle that the dagger is safe, and to seal the deal, they have to swear a pirate's oath and super secret pinky swear (or should I say "booby swear", since that's where he put his hand...nnnnnggg) that they will never speak a word of this again. In addition to pressing her breast, he's also pressing her for info on her romance with the Knave and doesn't like what he's hearing much.
Back in the Enchanted Forest again, Regina shows up to gloat to Rumple about how she helped Maleficent back to herself. She puts a horse under a test sleeping curse, and vows to use it someday to take revenge on Snow White.
And then we finally get back to Storybrooke where Rumple reveals himself to Regina. He tells her that Pinocchio is useless, but his alter ego is not. Rumple uses the dagger to turn Pinocchio back into a prime piece of man candy. Welcome back, August. Damn, I missed you.
I'm giving this one five hooks out of five.

There was tons of fun with Reg and Mal, some good Regina snark, sneaky Rumple, pirates touching breasts, and it ended with mancandy. My kind of episode!!
By Ellie DeLano - March 16, 2015