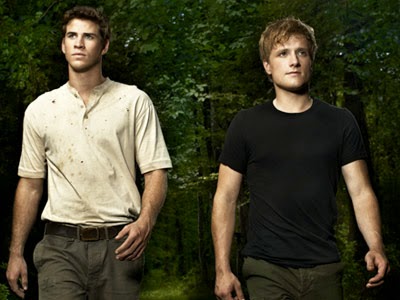 Is it just me, or are they making hot guys younger and younger these days? I'm having serious trouble turning on the TV and finding myself drooling over some guy who's closer to my daughter's age than mine.

The phenomenon began with Zack Efron, then moved on to Taylor Lautner (specifically: shirtless Taylor Lautner). Now I've got Liam Hemsworth and Theo James making me salivate. I used to salivate over Josh Hutcherson, but there were a couple of "Have you ever met a celebrity" threads on Reddit where he got mentioned over and over as being a complete asshole in real life, so I don't drool over him anymore
.
The problem is, I feel like a dirty, dirty old lady for drooling over a hot guy in his twenties. And I'm crochety like an old lady about it because they sure as hell didn't  make 'em like that when I was in my twenties. Seriously.

In the interest of fair play, however, I think we need to point out that there are still a helluva lot of hot guys who are old enough to be card-carrying AARP members, and I would cheerfully jump any one of them.

So here's my top ten list of guys over fifty who still have the mojo and could populate my personal harem any damn time: